Surprised there’s not thread in here discussing these (well, there’s the event one!)

Just wondering who has got one and how you’re finding it. All the reviews are pretty much in agreeance (not a real word) that they just about blow every single Mac that’s existed before them out of the water, and these are the base model machines.

I’ve just ordered a BTO 512GB/16GB MacBook Air M1 which will hopefully arrive in a few weeks time, to replace my ageing 2013 13" Retina MacBook Pro, which is still running fine but getting a bit long in the tooth, so I’d rather replace it now while it’s still working fine and I can hopefully sell it for a nice price when the time comes.

So share the love who has got one, who loves it, who won’t go near it?

I haven’t got one yet, probably still 2 or 3 months away for me because I just bought a new iPhone and only just before that a new iPad so my gadget budget is a bit stretched right now.

I’ve ordered a Mac Mini, because I’ve done BTO 16GB / 1TB currently saying 3rd - 10th of Dec, so still waiting. Very keen to have a look and play, sounds like I won’t be disappointed.

I was a bit sceptical about the Power PC > Intel transition, mainly because I didn’t trust Intel, but I was wrong. Until now. They’re obviously in the same boat Power PC were all those years ago. They’ve stalled, so Apple chips make sense.

When there’s an iMac, “shut up and take my money”

Ditto, when there’s a new 16-inch MacBook Pro. My trusty ol’ late 2013 has served me well, but it’s showing its age a little now, and I’ve been waiting SO LONG for Mac laptops to be good again. And not just, like, good with an entirely divisive keyboard, but good in a way that results in the least amount of compromises I’m willing to live with.

If the first generation Apple Silicon chips were only mediocre, or somehow had serious compromises over their Intel counterparts, I would have absolutely considered buying the last good Intel Mac laptop, I.e. the current 16-inch MacBook Pro, even if its days were numbered due to an unknowable length of support in the future.

But now that the first Apple Silicon Macs are out, and they have no obvious/serious compromises over the current Intel versions, and are, by any metric much more performant than their Intel counterparts, and come with serious improvements to battery life, and all the advantages of being the way forward and are hopefully well-supported into the future, it makes that decision so, so easy.

I just ordered a Mac Mini with RAM upgraded to 16GB. I’ve been quite vocal about my dislike of my 2017 MBP so I’m happy to be done with it, especially now I’ll have double the RAM and double the storage. I’m actually very little out of pocket after all my wheeling and dealing so I’m super happy. Can’t wait!

Mac Mini went preparing for shipment this morning, looks like they’re ahead with custom builds.

I posted in the other thread a YouTube review which really shows how amazing these chips are. Faster, double battery life, plus iOS and iPadOS apps.

The only issue at the moment is the limit to max RAM of 16Gb? My current MacMini server has 64Gb, and I’ve found it makes a massive difference in terms of file imports, and photo/video management of a large library.

My 16GB/2TB Mini is on the way. Left China on Tuesday and landed in Sydney today. Hopefully early next week!!

I also picked up a 13-inch M1 Air for work from the Apple Store earlier in the week. Gosh darn this thing is FAAAAAAAAST. I reckon it’s the fastest Mac I’ve ever used, and I’ve used some good ones!

I also picked up a 13-inch M1 Air for work from the Apple Store earlier in the week.

The only issue at the moment is the limit to max RAM of 16Gb?

I’m not sure how true it is, but people seem to be taking the line that with the new systems you don’t need as much RAM. When they did a test opening every default app it was still only using 3gb of RAM.

Either way, I can’t see 16GB being the max option on future high end machines…

I was helping out a friend over the weekend in looking at what their options were for laptops for their kids. Their school offers both Mac and Windows PC’s as options, although they are still offering the ‘old’ 2020 MacBook Air with Intel chips rather than the new M1s. I suppose they are only new, but it bothers me that they are directing people towards old machines that even Apple aren’t selling anymore (through JB Education store). I really hate the idea of investing in old tech…

Ultimately they went with a couple of (much) cheaper Windows machines for their two kids so it didn’t matter anyway. Mind you, this year the deals through JB were pretty ordinary, when I got my Sons laptop last year it was a pretty good price for what you were getting. This year there are much better deals elsewhere, especially right now with the Black Friday sales happening.

I’ve been quite vocal about my dislike of my 2017 MBP so I’m happy to be done with it, especially now I’ll have double the RAM and double the storage

The keyboard scratched the screen and the space bar got worn down to a shine within a few months. Not to mention sticky keys that either wouldn’t register or would over register. Things that never happened in the 7 years I owned the 2011 model. I ended up with a screen protector to stop it before it got serious.

The battery needed replacing inside of 2 years, which I wasn’t impressed with although they replaced it for free and while they were at it they replaced the keyboard which has been far more durable.

Day to day niggles like if I unplug it from the monitor while it’s sleeping it’ll crash and requires a hard reboot.

Plus I regret only having gotten a 128gb drive and 8gb RAM. They just weren’t enough for me. It’s just one of the new downsides of sticking with Apple - no user upgradability.

I sing high praises of my 2011 MBP, it served me very well and when I retired it it looked as immaculate as the day I bought it. The only downside was a power surge fried the ethernet port. But my 2017 model I reckon I got a lemon.

Now I work remotely from home permanently I don’t need a laptop, so went the Mini over the MBP this time but I made sure to double the storage and RAM.

Those who ordered BTO, when did you order, and when did it (or does it look it will) arrive? I ordered mine last Thursday the 19th at JB Hifi for the EDU pricing. At that stage the Apple Website was saying 11-22 December, but I’m really hoping it gets here earlier than that (obviously). Might have to go nag JB.

The keyboard scratched the screen

yeah this has been an issue, probably not uncommon for many laptops I’d guess

@mitty I ordered a CTO Mac mini (16GB / 2TB). It arrived Sunday by courier. I ordered it 5mins after the event ended.

My Mac Mini BTO just arrived 16gb / 1tb. This one was ordered on the 12th with an ETA 3rd to 10th Dec. But shipped from China on the 20th arrived in Sydney yesterday. 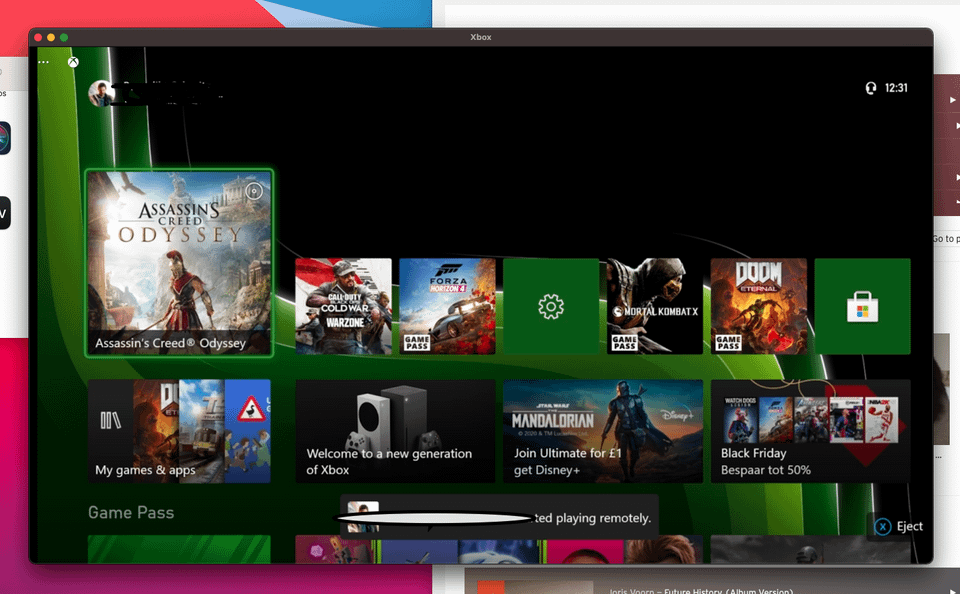 There’s a number of iOS only apps that I’m really looking forward to testing on the M1 like Overcast and Audible. Sounds like only some are scalable and/or full screen though.