Dark Castle - Another One?

Dark Castle and Beyond Dark Castle were the single biggest influence in my decision to become a Mac User. Not gonna apologise for that.

Up til then, the world of computers (from my perspective) consisted of fairly simple C64 and Apple IIe games - Bruce Lee, Spy V Spy, Taipan, Airwolf - you know the drill. Dark Castle and its successor in contrast were games of such great complexity in both gameplay and design; not to mention being just so damn cool to play! 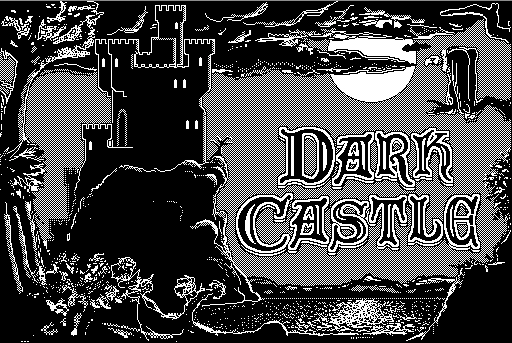 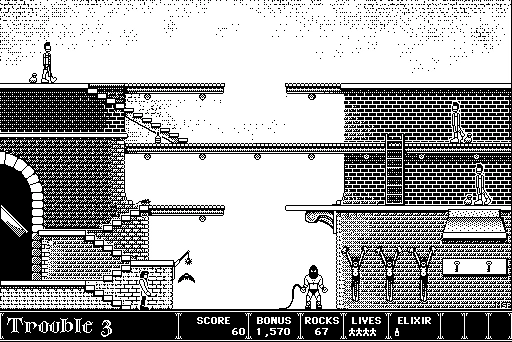 One of the “Trouble” (aka dungeon) levels

Both games were made by an amalgamation of MacroMind and Silicon Beach Software in the mid 80’s. The makers even went to the expense of paying an actor to record the star of the game - Prince Duncan’s - sound effects. Whilst the code was originally written for Mac, the game was later ported to a plethora of other platforms. Please note however, anyone who believes that the Mac version was not the best has rocks in their head!! 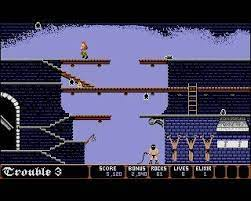 Amiga? It may be colour, but it’s shite.

After making these two very popular games, the guys realised that the real money was to be found in actually useful apps like SuperPaint, and thus Prince Duncan fell silent for a time.

In 1994 Delta Tao & Z Sculpt released a Mac colour version of Dark Castle for the first time, following Delta’s acquisition of the rights to the IP from Silicon Beach. Although the game is almost entirely faithful to the original, complete with all the original sound bites and gameplay, it was in fact a complete rebuild from the ground up, as the original game had been predominantly written in machine code on an Apple Lisa. (Wiki told me this… we believe Wiki.)

After accomplishing this amazing fete, and no doubt wanting to make use of the game engine they’d just built, whilst a lot of fans were likely expecting news of Beyond Dark Castle being next, news broke that Zack and Zackary (Z Sculpt) were instead planning to release a full and proper sequel to the original games. In 2000 or 2001 a demo emerged featuring several levels to try, taking fans to a new level of excitement than “just” getting to play Dark Castle in glorious colour.

Unfortunately, Apple then went ruined things by introducing Mac OS X. D’oh! This necessitated the game to be entirely rebuilt. For many years the game was the butt of jokes as release date after release date came and went faster than a swooping gargoyle, until finally in 2008 the day arrived - Duncan’s successor was all set to Return to Dark Castle. 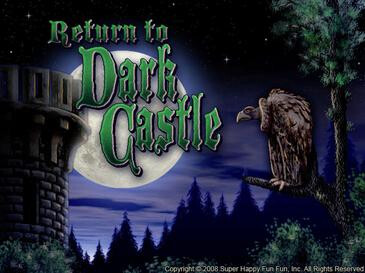 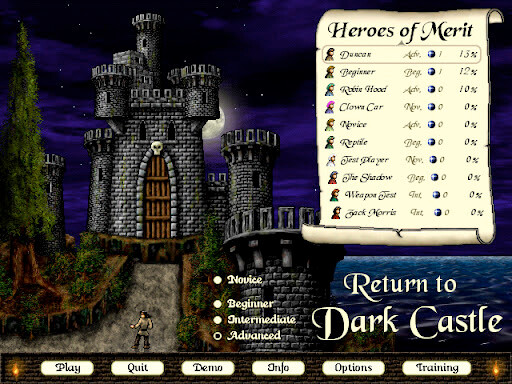 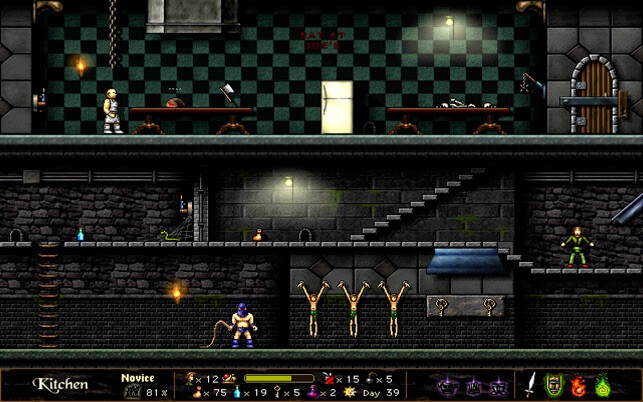 If you haven’t played the game - it is on the App Store! Try it out ASAP - as I’ve no idea if it is M1 Silicon compatible… (I may just have to test it on my Dad’s iMac when I get it set up for him.)

Return to Dark Castle continues the original storyline, featuring 50+ new levels to master on a range of difficulties. Like Beyond, there are orbs to collect in order to open the main gate and tackle the Dark Knight. But there is also armour to help protect you, and golden treasure to recover. And, if that isn’t enough - all of the original levels of both Dark and Beyond are included as well. The new game even has a sense of time, with some locations being time-specific (ie, the graveyard…)

Sadly, now 13 years on since this title’s release, it appears any further addition to the Dark Castle franchise is going to be an even longer time in coming. As far as I can tell, Delta Tao still own the rights, but their website hasn’t been updated in about 6 years. The same goes for Z Sculpt. With neither business showing any life, it’s going to take - say - some 40-50 year old nostalgic nerd to come along and buy the rights, then push forth with something new. (If you’re looking at me, look somewhere else - I’m just a dreamer, not a doer.)

My question for you is… If another Dark Castle game was announced today, would you want it to keep faithful to the side-scrolling format for which it is known, or would you want it to leap into 3D, like the modern Prince of Persia games? Would the game still capture your heart if the sound effects were all updated and made realistic, or do you want to hear those squeaky rats, and grunts and groans as your character runs across the screen? 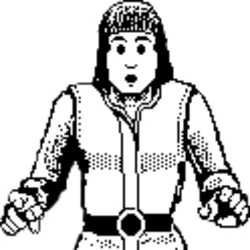 For the time being, once you have completed Return and need a new fix, you can always search the web (ie Dark Castle forum/s) for the custom made levels that people have built using Return’s level editor. It’s a reasonably easy tool to get started with, although the tough part is making sure your level is passable! Back in the day I had a play with it, but didn’t get beyond making 1 or 2 screens… I believe however some fans have created whole new missions. Check them out!

Your other option, if you’re a true Mac geek, is simply to play the original game on a System 6 or System 7 machine that you happen to have laying round. Or Sheepshave it!

Incidentally - in the late 00’s, Super Happy Fun Fun ported the original Dark Castle (in modified form) to some mobile platform. My research suggests that SHFF (which is owned by Marc aka MacroMind) and Delta Tao have some kind of relationship, the nature of which eludes me. Apparently there is an iOS version on the way - at least, that was the news in 2009. Hopefully no one has been holding there breath…