How long to go green?

My understanding is that under Labor, SA “made the switch” to at least majority renewable energy production, capped off with Musk’s big battery.

What time frame was involved with that move? Was it actually a gradual process over decades?

What we decide to be realistic/what realistic means in this context is the big Q.

There will need to be industry transitions-retraining put in place (closing down coal mines and power stations), a different emphasis on infrastructure spending, and socio-political will. These all have specific time frames associated with minimising disruption.

On the other hand, the time start was yesterday and the socio-political will needs to be found and we also need to accept that the transition will present some difficulties. Processes and safeguards need to be put in place in terms of employment and impacts (particularly on those with less economic security). Because we will not foresee every one of these in advance.

First and foremost, I think we need to stop stalling. commit to and invest in taking action, across the board.

What I don’t understand is that we have an abundance of clean green energy, even energy that is coloured green such as nuclear when the timing is right for fusion vs. fission. It’s inexpensive, and renewable and yet? We continue to rely on baseload coal that produces greenhouse gasses and radiation and we are per capita one of the biggest polluters in the world.

My bigger question is how much longer is it going to take for the attitude shift to happen in Australia about becoming environmentally friendly?

I think the recent rallies are evidence that change will happen in the coming years - once these younger generations come of voting age. But that’s still likely around 4 years from now on average… We’ll go to the polls again probably in 2022, and I really have no idea what that outcome will be given the result of the last election.

If Labor remains in opposition, then we’ll be up for another wasteful few years before there’s enough momentum from the younger generation to push Labor into power and start taking things seriously - because Morrison at very least has shown his outright contempt for the matter of our environment.

In the meantime I have taken as many steps ,that my personal circumstances allow, to go “green”.

Nuclear is neither cheap nor quick to implement.

Added to that, there is no safe way (for humans or the environment) to store the waste from a reactor — or mine the stuff. For example, the design life of tailings dams (uranium mine waste) is 10,000 years. When has anything humans have built lasted even a fraction of that time (in its original state)? For example 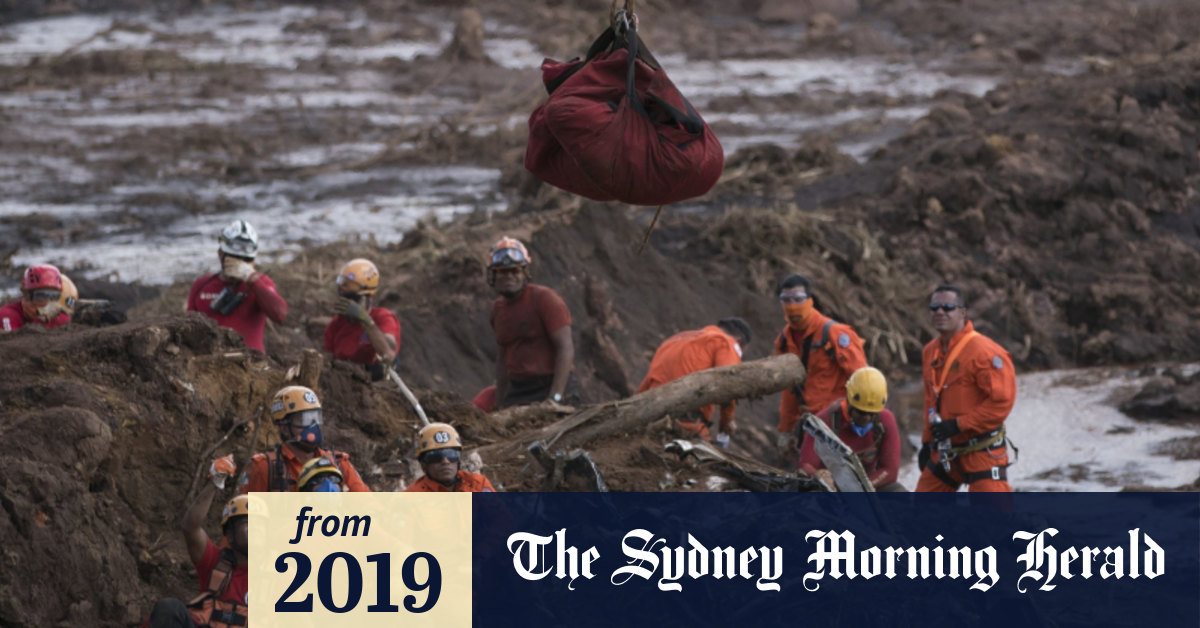 Any consideration of nuclear power is littered with the same human-centred and blinkered obliviousness-arrogance that got us into the mess we are in in the first place.

It’s time for that techno-utopian dream to be let go.

Yes, thank you for your conspiracy theories. People simply need to get over the dangers and risks of nuclear. I was also talking predominately about fusion rather than fission and you completely missed the point.

The thing is, if we can create power with solar, wind, water - why use nuclear?

Last article I read indicated that indeed fusion was 30 years off - we need solutions now to get away from fossil fuels.

From this article, it appears SA basically made the change over about a decade.

South Australia is rich in energy. It contains significant reserves of fossil fuels such as natural gas, coal, and oil – although there are incentives to phase these out in favour of clean energy. The state also contains large amounts of uranium, including the world's single biggest deposit at Olympic Dam, which represents 30% of the world's total resource. More recently, the State has seen a rapid increase in investment in renewable energy, and is now the leading producer of wind power in Aus...

We need all kinds of solutions to move away from brown energy and fusion is indeed one of them that needs a lot of research invested into it. When we have an abundance of nuclear material to my eyes it should be a priority. But OK even fission based nuclear reactors produce nothing more than a little steam and hot air into the atmosphere. Perhaps less than Tony Abbott produces by himself.

The other problem with suggestions of waste and wood fired renewable power plants is what you do with all the carbon issues you’re not escaping from that you also get with coal fired power plants. Molten salt reactors aren’t quite there yet either.

No need to get defensive.

Both fusion and fission were mentioned. Fission is not (yet, if ever) possible-feasible on any scale. I am very aware of the technology (2 degrees, including one studying nuclear design, the other the broader implications) and a PhD, so have more than half an idea (and not ‘conspiracy theories’ here).

Fusion is indefensible. Fission, the jury is still out.

Fusion is a matter of reaching the break even point where the reaction process puts out more energy than what goes into it to create the reaction. We’re working on cold fusion and perhaps a rebrand to LENR (low energy nuclear reaction). The dream is real as far as I am concerned when we are looking for a power source that eventually produces very little or no waste at all, and emits nothing more than steam and hot air.

That to my mind would be one of the ultimate aims. Until then, in theory, yes I agree with you. Leave the radioactive material in the ground where its safe and stable. You can take the philosophical perspective that its indefensible until someone shows it to you. But if you took that approach then we would have never achieved anything in terms of scientific discovery.

Don’t imagine if Labor comes to power, that much will change. Labor supports the Adani mine and thats enough to tell me that they are no more serious than Morrison et al.

I agree, they might soften the rhetoric and fiddle with projects around the edges but they’re not going to close coal anymore than the Coalition are.

I’d like to see more pumped hydro being built (yes I know about the Snowy Scheme improvements but more than that).

I agree that lack of will, will likely be the death of humanity. The irony is that the earth does not care if we exist or not. It will just create a new environment. Just look at other planets in our galaxy… Look at Venus and Mars in particular. The biggest issue seems to be that there are too many people in this world who are scientifically illiterate… and I’m speaking as a generalist myself.

A typo on my part, sorry. Fission is indefensible. Fusion we’ll have to wait and see.

Right, that makes more sense. Fission has a lot of problems with radioactive material that has a long half life, although, there are companies out there working on reducing half lifes down to acceptable levels and reducing risk. We still have the issue of Three Mile Island, Chernobyl and Fukushima. I would have been less averse to Fission prior to Fukushima, but fool me thrice shame on me. One too many catastrophic meltdowns means me no trust fission much anymore.

Fusion on the other hand, well we know hot fusion exists, just look at the sun, and of course our favorite thing in the world… nuclear bombs. It’s just a matter of coming up with a reaction process that can replicate the process in a safe environment, within reasonable temperatures, with enough efficiency that we can take advantage of it as a power source.

We’re still lagging behind the break even point at the moment. But it is something I believe will be there in the foreseeable future and we need it. The greater good of humanity knows we can’t keep behaving this way.

As we all know from the teachings of the docu-series, Futurama, it’s only a matter of time before our civilisation crumbles, leaving behind just enough humans to breed the next generation.

I hate to think how many of those unsuspecting people, our descended gene pool, will be effected by our radioactive waste, that will have undoubtedly leaked by then from whatever encasement we may have devised.

I guess they will eventually learn through superstition to keep away from such places, labelling them with imaginative titles like The Death Zone.

(Sorry, grew up watching / reading too much SciFi)

Apparently its ‘leftist brainwashing’… Yeah cause leftists (like me) spend their days wishing for something catastrophic to happen -_-.

If man made climate change was a hoax and it is addressed, what is the worst that could happen? We end up with clean energy that isn’t about to run out? We stop pushing out pollutants into the air that cause lung cancer?

What is the worst that could happen if climate change is real and we don’t address it? Basically the end of human life as we know it.

I know which one looks more attractive.

In Australia there is very little incentive to address it politically. Gillard was trashed for the carbon tax (Which actually did see a reduction in C02) and Australia votes climate change denying dinosaurs into Government. Scare campaigns about negative gearing win over any positive action on climate change.

Futurama is accurate… sometimes… On the effects of greenhouse gases (back in the 90s) and the reboot that contains the story of how the moon was created and how the earth will be destroyed. It’s pretty amazing how Matt Groening can imitate life sometimes.

@Oldmacs The prevailing attitude in Australia and the United States disturbs me. We don’t give a rats arse even if it were real because bogans and rednecks who get their news from Sky News or Fox, or in the case of Australia, both… It doesn’t matter… The fact that they gave a license to Sky to broadcast news in general in Australia is disturbing when there is next to no newsworthy journalism (using the term loosely) on that station. Rupert’s plans to brainwash the masses are real and self-evident.

Anyone who can stand in the face of incontrovertible evidence of the damage we’re doing to the environment and come up with some BS excuse for what they’ve always done (for example: it’s always happened) is an idiot in a peanut gallery. Unfortunately, you just have to learn a lesson I’m not very good at. You won’t change people’s opinions, people have to want to change themselves. No amount of speaking to them politely or even yelling at them will change them.

Future generations will look back on us like we do then of some kind of stupid if we survive long enough. Gen Y and Gen Z already are for the most part, unfortunately, the younger people of our generations haven’t embraced the power they have. We are part of the “stupid generation” who thinks that “voting isn’t cool man…”

It’s also in the DNA of the Liberal Party to trash anything progressive and as a person with an “invisible” disability who is out of the closet with regard to the impacts of panic, anxiety, and depression as a psychosocial disability I get to witness it first hand as they now set their hands on trashing the NDIS from the inside out by creating a $4.6 billion dollar surplus out of underfunding the NDIA, NDIS, and deliberately not providing the right support plans to those who need it more than I do in the community (as a person who is still capable of complex reasoning).

I have stopped trying to convince my father that we need to act on the environment, because, sigh he listens to Bolt…