Am I imagining things, or has the SDXC card reader been dumped from all Macs except iMac (and I am guessing its next in line for the dump). If we don’t have wifi on our cameras, WTF are we now supposed to do, in order to get our SD cards read for the computer?? 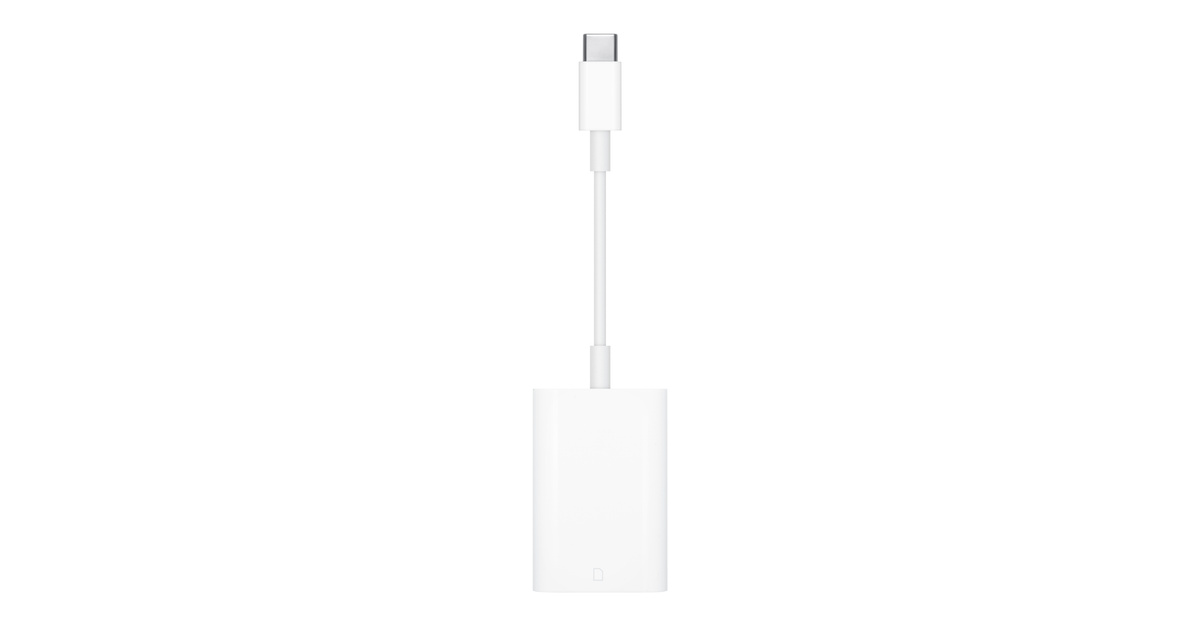 The USB-C to SD Card Reader transfers high-resolution photos and videos to your Mac or iPad Pro at UHS-II speeds. Buy now on the Apple website.

I bought an adapter very similar to this:

I dont need it now, I don’t have one of these readerless computers. I’m seriously thinking I dont actually want one anymore. Dongles for everything. REally?

For the home environment where you want to sit in front of one or more larger screens, USBC docks solve most issues but often aren’t cheap for good ones. I’ve used a dock for laptops for a long time (including the Apple 27" Thunderbolt Display which was wonderful).

Of course with USBC only Macs being on the run is that little bit harder if you need stuff, but there are some solutions (at a cost) to make life easier.

When I used to carry my Mac around the office I had thunderbolt to VGA adaptors for projectors of the day as well as memory sticks and lightning cables. The above wouldn’t change the number of things I have to carry. Even my current (although old now) Surface Pro 3 has the same set of cables (they are literally the same cables

I’m totally one of the first to complain about the lack of ports, I mean a HDMI, USB A and SD (or even a Micro SD) would make the world of difference to most people who would then require zero additional cables 99% of the time. But really, it’s not that different to the before times. If other PC makers would move a little faster to USB C in place of A it would help alot too… not sure why that is taking so long.

I can vouch for the quality of these USB C hubs: Anker | USB C Hub/Adapter although I have a USB turntable and one flash drive that won’t work with it. Everything else is fine however - including camera SD cards.

not sure why that is taking so long.

I’m not sure why USB-C is such a thing. I dont have any USB-C ports. At all. Are you suggesting that everyone else should follow Apple into USB-C land?

Anker products seem to be well thought of. Perhaps when the time comes.

USBC is the new hotness that everyone is supposed to be moving towards as a form factor, the issue is likely the prevalence of USBA makes it hard to switch when there is such a critical mass.

My headphones and wireless mouse have USB C and technically some switch controllers, but nothing else and none of them have double ended USB C, they all come with USB A to USB C charging cables.

It makes sense as a form factor if you neglect that USBC is a form factor, not a description of what the cable can do… and that varies massively.

I’ve also got an older OWC Thunderbolt 2 dock in the home office, which I connect via an Apple Thunderbolt 2 to Thunderbolt 3 adaptor. This has Ethernet, HDMI, 3xUSB, Firewire 800 & a Thunderbolt 2 port, plus mic and sound out. - The ongoing usability of this for the cost of an adaptor was good value I reckon.
3rd party USB C to USB A cables are relatively cheap too.

I’ve also bought a couple of USB C bare drive enclosures to move 2.5 inch HD’s over to for backup and data storage.

There is a cost to move to new peripheral interfaces though. - a couple of hundred bucks in my case.

Sadly that’s the life of being an Apple person now. Dongles. The laptops are slightly thinner but you have to carry around adaptors for every single thing.

I reckon my Apple days are limited now, once my Macbook and Mini cant run the software I want (and so far, no issues) I guess I will move on. I’ll still be using ipad and iphone though, the thought of going android gives me the heebies.

I am too MacOS dependent to move, but I just think new Macs will be a downgrade rather than the upgrade they used to be.

I am too MacOS dependent to move.

I was… but not so much anymore. I am finding that I hardly ever open the macbook or go to the study to use the Mac Mini. When I was working I found I needed it more, and even for a while after, whilst maintaining the odd website, but now, I could probably very easily make do with a decent 1 or 2 bay NAS, and my iOS devices.