Using Homebridge to with Raspberry Pi

I’ve got a pi and attemtping to set it up, but having various problems so far which seems related to the installing of “nodejs” (I have no idea what this is but you need it to run Homebridge). I think I installed it, but then when I install Homebridge there are various errors during the install and Homebridge doesn’t run.

Maybe it’s to do with the distro of Raspbian that I’m using or something.

Anyway if anyone else has done it I’d be interested to hear how you went and if you have any advice. I’m kind of surprised somebody hasn’t made a distro specifically for this purpose, but I guess it’s a fairly niche market

Whilst i can’t help you with the pi; I have experimented with this method to get homekit control of lifx bulbs. Disadvantage was that you needed to have a Mac on 24/7 for it to work.
edit for spelling

Currently running homebridge on my Mac mini, but looking to move it across to the RPi to remove one device from the chain.

NodeJS is a JavaScript framework bundled along with the runtime - effectively a way of running a tradionally web-based scripting language as a standalone programming language in a non-web environment.

I’ll let you know of any gotchas I run into when I migrate across to the Pi.

if you have any advice

Are you seeing errors similar to that described here? https://github.com/nfarina/homebridge/issues/863

Hm that could be it. I’ll give it another go in the next few days.

There’s been some updates, and homebridge is now once again working on Raspberry Pi. Have migrated my installation across from my Mac mini this evening.

Yay, after fiddling around and uninstalling and reinstalling I got it working this afternoon. I have configured the pi so it starts homebridge on booting. I’ve set up the ATV4 to act as a hub so we can turn things on and off remotely via icloud from anywhere in the world. And also set up the Pi with XRDP so I can remote into it easily for any reconfiguration. The Pi now sits plugged in via Ethernet at the back of our router. Now we’ve only got a single insight switch but we could easily expand a buy more devices if we wanted to. I can’t wait til tomorrow morning when I just shout “hey siri turn on the coffee machine” and she does it

Glad you got it going. I’ve been telling Siri to turn the heating on and off from work.

After a bit of to-ing an fro-ing, homebridge now seems pretty rock solid. My Pi sits doing this single task and does it well. Kind of surprised that WEMO haven’t released some kind of bridge device to hook their products into Homekit, but perhaps the cost of getting into the ecosystem is prohibitive?

Also, I wonder if at some point Apple may stop things like Homebridge (which are obviously unofficial) from working completely. It’s the kind of thing they’re likely to do, sadly.

It depends on your distro, but most good Linux operating systems such as Debian based ones including Ubuntu, Kubuntu, Lubuntu should install dependencies by now. This includes Raspbian, you should be using aptget (Synaptic) to install it which will handle all of the dependencies. From the terminal if it’s not already installed:

To greatly simplify things, Linux without package management is about as fun as having your teeth pulled.

you should be using aptget (Synaptic) to install it

My key concern with the project. However, until then I’ll enjoy it.
The reverse-engineering research that enables projects like this to work was taken down by DMCA request from Apple in 2014. Given that it’s still working 2 years later, my suspicion/theory is that preventing it from working requires changes that would break all legitimate HomeKit devices as well.

The WeMo API was shut down recently, 3 days prior to when I wanted to start using it. Not sure their reasoning behind it.

Perhaps they thought the developer community wasn’t doing magical things so it was abandoned.

If that is true then I wouldn’t expect much in the way of further support.

It’s the problem with running Linux on non-x86 based systems. You’re living constantly in a lepper community waiting for someone in the community to throw you a bone and if there is no source you may not ever get a compile for your platform.

This is as far as I got with running Linux on a PPC Mac. I know the frustration well. The Linux community is awesome until you have to look for sources yourself, or don’t have them, which is more often than not the case on non-x86 platforms. Then you really feel what its like to be isolated.

If that is true then I wouldn’t expect much in the way of further support.

I was actually wondering if the products might be approaching End of Life. Bunnings had some amazing deals on the bulbs in particular, a twin set with the link thing for $69. JB Had single bulbs for $19. I’ve only got two of the switches one for our coffee machine and one for some lights in the lounge room. The second switch I bought at Bunnings for $54 and it was the last one they had.

We looked at the Hue Bulbs and system but they’re still a bit expensive at the moment, but we like the ability to change colours etc. If we can get a bargain on those I’ll probably pick some up.

Meanwhile there’s a homebridge Plugin for the Harmony Hub Companion Remote thingy. That might be fun to play with if you could get it working properly, and could find one at a good price. 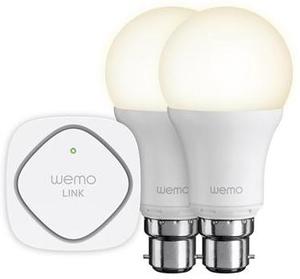 Bump to this topic. After a renovation I now have a bunch more Wemo switches which I got very cheaply. I went looking for updates for Homebridge, and discovered a standalone Raspberry Pi Distro called “Home Assistant”. You install this and it recognises all the switches automatically, and then you need to hunt for a homebridge plugin and install that, and joila all your devices are on Homekit. Home Assistant gives a web interface and also controls your Apple TV, Google Home, etc. If you’re into Home Automation give it a try.