For a couple of years now there’s been rumours that Apple are working on a VR headset. As per usual, at this point that’s all it is - nothing confirmed, aside from the fact that they have employed a good number of augmented reality specialists (which could just relate to iPhone/iPad software). 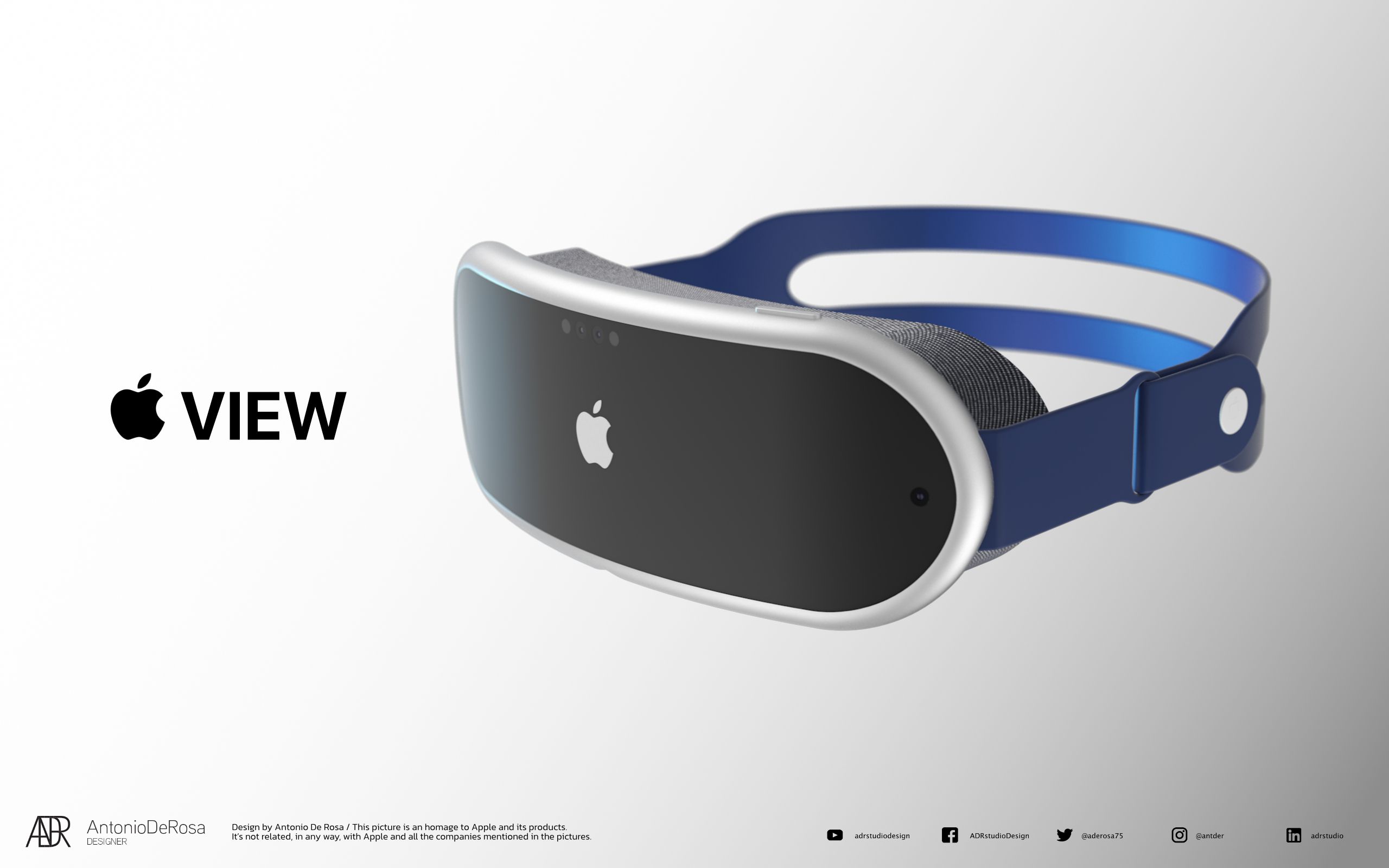 Apple's AR/VR Headset Could Be Less Than a Year Away

Users could be able to get their hands on Apple's long-rumored augmented reality (AR) and virtual reality (VR) headset within a year, as rumors...

In the early 1990’s, I vividly remember this VR headset & game being proclaimed as the way of the future: 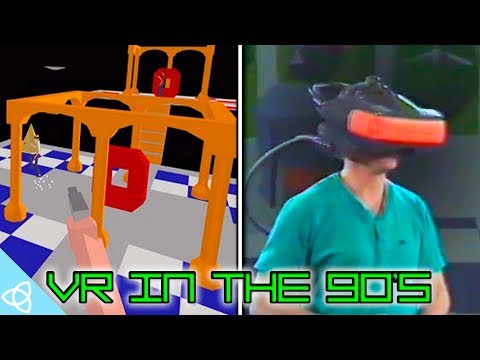 Pretty sure it would have been on Beyond 2000, but also even the nightly news. Everyone (who cared about gaming, and tech at least) thought it was going to be just around the corner… despite the absurd umbilical cable required - as there were probably no suitable batteries at the time, not to mention that the processing was being done by a full size computer - the headset itself was really just dealing with the vision / sound aspect of the VR experience.

Indeed, I think it was about 1992/3 when I was in Melbourne on holidays, I attended a Computer Expo, and saw this exact device - or something playing the same game at least - in person. You could even have a turn, standing in a circular enclosure to ensure you didn’t wander off, playing either that game, or I think 1 other choice. I was too chickenshit to actually get up in front of everyone and look like an idiot… but seeing the queue of people waiting to try - it really felt like wearable VR was on its way.

Almost 30 years later… and on Christmas Day last year (2021) I experienced my first serious VR headset - the latest iteration of the Oculus.

I say serious… because there’s been a few others I’ve tried out along the way, from the DIY dual-toilet-paper-rolls pressed up against your computer screen, through to some crappy plastic “won in a $2 fixed game of chance” slot machine, that required your iPhone. Frankly, the toilet roll one was better.

But - the Oculus certainly takes the cake for the moment. In recent years, I’d been hearing a bit about this particular brand of VR, however this was the first time seeing one in the flesh, yet alone trying it out. What I hadn’t realised til I did a bit more research was that it is owned by Facebook (?!), which is a major drawback in my mind (as that company is less trustworthy than Lionel Hutz)… 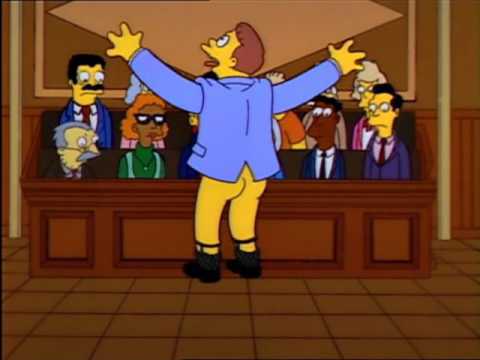 This Oculus was received by my nephew, who was then forced to share it with everyone else in the family. (Har har!) My 3 boys (6, 8 and 14) were all very keen to have a go, and it’s now on top of their own Christmas wish lists.

I myself only had a 5 minute sojourn around the rooftops on Santa’s sleigh, delivering virtual presents down chimneys in what I’m guessing was a gimmicky freebie game. I didn’t notice any motion sickness or other ill effects such as I tend to experience these days playing first-person games on the XBox, although I can’t say I’m keen on the idea that my brother in law suggested - he has a friend with uses one for his remote work.

My immediate thought after taking the headset off however was - I’ll just wait for Apple to deliver their own - no doubt genre changing - VR headset. Surely they’ll have a new take on it already, even though it’s basically still an emerging industry, that will make their version the “must have” in VR headsets. That is their modus operandi after all.

All thoughts of holding out for Apple disappeared.

An Oculus - even if it’s owned by Facebook (and probably subliminally telling me to get a Facebook account) - at a tops of $700, is going to be the only feasible route. If Apple’s VR Headset does start at US$3k, even second hand, it will be a long time until the price tag reaches a point that would be feasible to invest in. (For me / this household.)

Does anyone have experience with the Oculus, or any other modern, fully contained VR headsets? Any experiences, suggested uses, favourite apps?

For those interested; I found this interesting timeline on VR whilst checking some of the above info:

History of VR - Timeline of Events and Tech Development

A timeline of virtual reality, including important inventions and developments from 1956 to today. Images show how much technology has improved over time and how VR has evolved through recent history.

I bought an Oculus Quest 2 during lockdown last year, I use it mostly for gaming but sometimes for watching video e.g. YouTube on a massive virtual screen.

I have heard (ATP podcast, Connected podcast) that any Apple headset released this year will likely be targeted at developers rather than the common folk. The likely intent is to kick start familiarity and development of apps, prior to the future release of a consumer friendly version.

This makes sense. Apple has a history of starting late, and releasing products that are limited and/or expensive, and then iterating their way to success.

@FaultyTaco
Ooh - hadn’t realised you could do something like that – Big Screen TV in your head. I used to do that with binoculars when I was a kid.

@snarl
Mmm… I wonder how much work needs to go into “converting” an existing first person game into something usable as VR. I know back when 3D was the craze a decade ago, there was some work at making “fake 3D” from a 2D image. I guess it’s no simple task in reality.

It will be interesting to see if Apple are working on both a VR headset, and some kind of augmented reality glasses. There’d be a degree of cross-over… but somehow I don’t see them doing both?

It may well be a mixed reality headset. That may be a contributer to the expected high price

So I have had the Quest 2 since near it launched (Black Friday sale back then) and although it’s owned by Facebook, they are definitely the one to beat. It’s so portable and affordable, and that’s what Apple will have to fight.

As far as apps? Honestly I’m a bit boring but I’ve actually really enjoyed the poker games. PokerStars VR looks the coolest, VR Poker has the best controls but looks awful in comparison.

@Dan
I think you are right. Games may be the key driver for AR/VR rather than other types of apps.

I Expect You To Die 1 and 2 are both fantastic puzzle games, Walkabout Mini Golf is brilliant.
Beat Saber and Synth Riders are good rhythm games, especially once you add some custom songs.

I don’t know about an Apple VR headset, but a set of Apple AR glasses would be something I would get that could replace an apple watch.

I do like the idea of AR glasses - provided they can do prescriptions. I gather the glasses on the market now don’t…? Could picture that being an Apple thing.