I grew up on movies that revolved around the concept of the Nuclear Apocalypse. Damnation Alley, The Day After… etc etc etc. The future was a pretty shrouded place, full of uncertainty. The first Gulf War didn’t help; living in Darwin, the playground was full of talk about us being in Saddam’s weapons’ range (even if that was probably a pretty far fetched concern in reality). 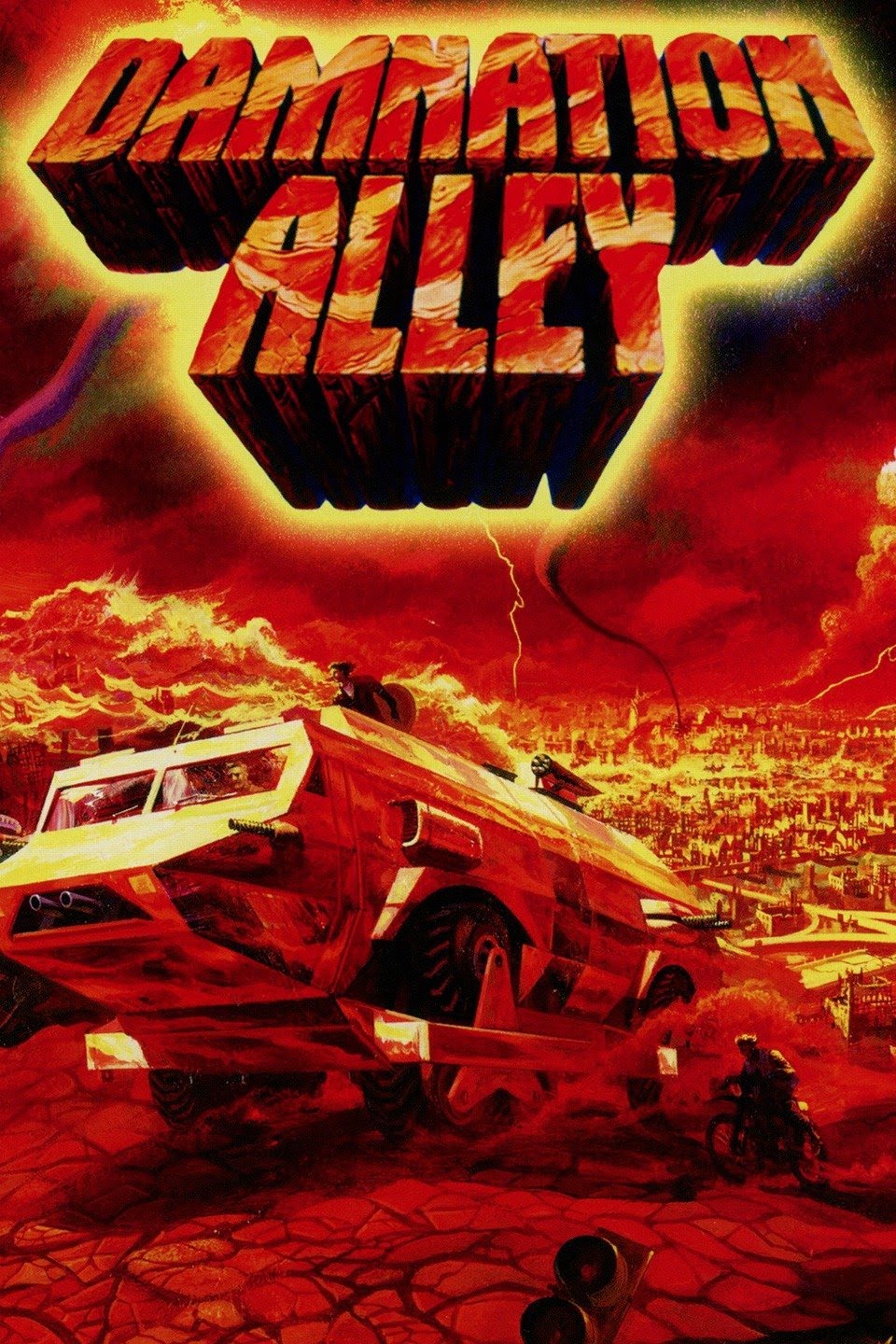 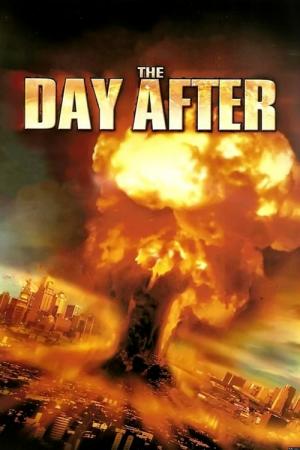 When the Berlin Wall fell, and the Cold War ended, the future started to feel a lot brighter. Ok, too bright - global warming (!) but hey - thoughts of “End of Days” were fading, as it seemed that the world leaders were no longer at each other’s throats. When I became a parent in the mid 00’s, thoughts of war were pretty far away.

5 odd years ago however, I honestly thought Trump was as likely as not to launch us all into WWIII. His careless disregard - asking questions like “So why can’t we just nuke 'em”… His entirely self serving attitude, and his power of manipulation that he’s still wielding… all seemed the maelstrom of ingredients to lay a spark to someone’s ego, and see big red buttons being pushed.

China is still a concern given its strength, and the way it is positioning itself around the globe… Can’t quite tell whether Xi Jinping’s goal is “war” in its traditional sense, or just economic and cultural domination. But for now, whilst he’s certainly posturing around his borders, I don’t think he’s about to push the world into war?

Is he really going to take us all to war over the Ukraine? Is he that insane? The more I read about him, the more concerned I become… Like Xi, he’s now essentially in a Hitler-like position of power over Russia, with the opposition locked up, and his right to rule enshrined in parliament. It’s scary. Hearing some of Obama’s descriptions of the man - and seeing the hundred thousand soldiers he has lined up on the border… I honestly don’t know if we’ll be waking up in the next few days to a world at war. If Biden holds to his word, it’s entirely likely Australia will follow him, along with other countries. Xi’s aligned himself with Putin for now, so - where does that leave us? Back at the day after…

Was easier when I didn’t have kids… and am left wondering what world they are going to inhabit.

The current status quo in Western societies is really getting me down - the ongoing development of Capitalism appears very much to favour the rich, with wealth moving even further up the ladder, the gap between rich and poor getting wider. Overall however, I have to favour this model over what we are seeing in China, where freedoms are so heavily curtailed. Whilst democracy may be littered problems, what I am seeing overall is a move toward greater freedoms of “self”. This isn’t something Jinping allows for his citizens, and in Russia whilst it’s a different kettle of fish, it’s still boiling things inside.

Some sci-fi … Many sci-fi storylines predict a future where corporations essentially become political governing parties. In Continuum (2012-15) for example - the future is exactly that - the major corporations came together to rule after the fall of democracy (or something like that). A lot of freedoms and rights were lost with that transition. There may be a lot wrong with Democracy, and it may be easily manipulated, but as I see it, it still offers a more representative government than other models.

History is littered with examples of companies pressuring governments to their will. I just read recently about how Coke managed to avoid any sugar rationing during WWII, which contributed massively to their rise around the globe, as one example. It was entirely self serving. What we have seen in recent years coming from Apple has certainly made people take note. Tim Cook’s decision to take a stance on issues such as gay rights, immigration, privacy, have all been very political. There has however only been a moderate amount of selfishness in those actions - supporting the “dreamers” who came over the borders illegally would have saved his company from having to re-hire and face a brain drain.

Apple’s massive investment in China however, is a lot more “business oriented”, rather than just supporting rights… 6 billion odd dollars… if I recall. Whilst Jinping I think tried to politicise that agreement, I don’t feel it was Tim’s intent.

Sidetracked myself here… but my point is - the big end of business certainly has scope to control the way the world turns. I don’t see how Apple could stop Putin, or if we want business to become involved in these types of affairs, but there’s always someone waiting to take advantage.

I think Putin wants America to start something so he has an excuse to misbehave. Then, China may well get on board with him. Thats what bothers me. China is hell bent on economic domination and from there they could move on to imposing their will in other ways… but Xi is playing a long game. He’s more concerned with brainwashing his own people (note that they actually like his control) and making sure there will never be any insurrection… then he might move on… but I dunno.

From what I’ve read of Putin, I cannot imagine him backing down…??

Sanctions from the US/UK etc aren’t going to do worry him. They can threaten / enact all they want in that regard.

So… where’s it all going…

From what I remember of “Between the Wars” in high school, this feels like Hitler Mark II. Set himself up as everlasting ruler. Claiming back historic lands. World starting to say no more…

So - Putin has used the technicality of international law to move troops into Ukraine.

And - sanctions have been imposed… but no military response from the rest of the world.

I am wondering at this point if Ukraine is going to be “sacrificed”… to see what Putin does next.

Maybe things will settle there?

Bad time to be a Ukrainian.

Bad time to be a Ukrainian.

Indeed. All sympathy to Ukrainians who wish to remain independent. Now that Putin has moved his troops into Donetsk and Luhansk, I don’t think theres much doubt about the next step. Russia has recalled its diplomats, I think…

Ukraine has a lot of resources that Russia wants/needs…

Guess I was wrong about him waiting for the US to have an attack of the gung ho. 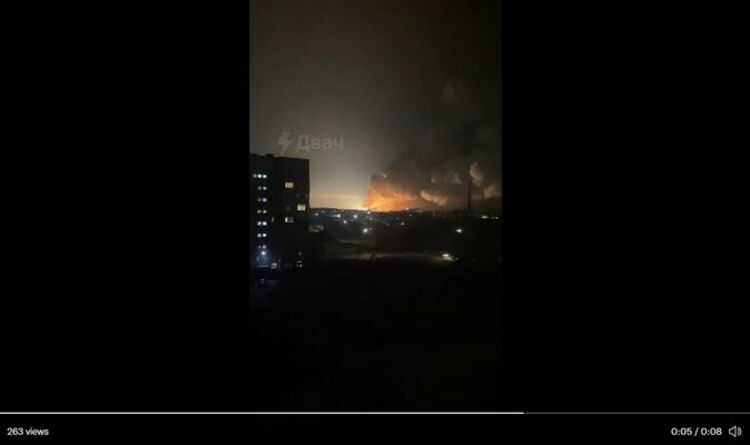 LOUD EXPLOSIONS were heard in the capital city of Kiev after Putin effectively declared war on Ukraine. 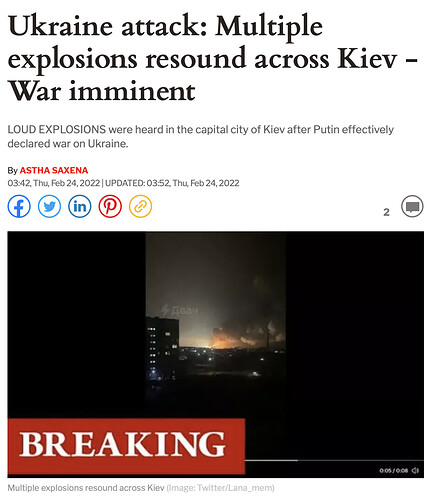 So - Putin has used the technicality of international law to move troops into Ukraine.

Overarchingly mirrors how the West (including Australian Politicians and Governments) sought to legitimise the Invasions of Iraq and Afghanistan.

Devastating for those in Ukraine and their families around the world.

More broadly it’s concerning-terrifying in terms of what will emerge in the days, weeks and months ahead.

It does look like Russia intends to take over the whole country, not just the eastern states. 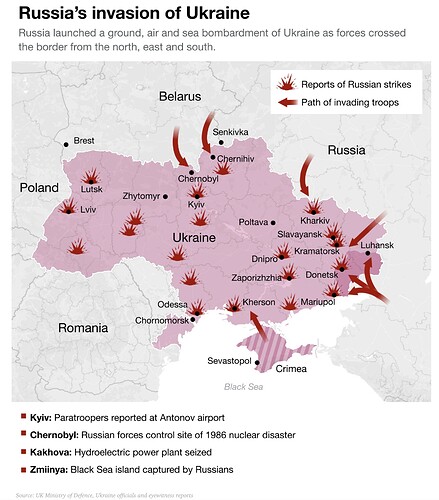 Are there more former Soviet areas that Putin will move to next? Been trying to Google…

If WWIII is what’s needed to kill Putin and destroy Russian forces now and forever, then so be it. If China is also crushed, even better.

Personally, I can’t see Russia and/or China being “crushed” short of nuclear war. If either of them were losing at conventional warfare, I believe they’d go nuclear.

From what I’ve read, an “On the Beach” type affair is unlikely (ie nuclear radiation wiping everyone out), as is the chance of a nuclear winter. Although that concept was proposed years ago, I’ve read a few articles saying that although extensive nuclear war would pollute the sky for a while, it would settle fairly quickly.

Even so… I wouldn’t want to be living in any capital city if things do go nuclear. Anywhere. With the numbers of nukes between China and Russia, I’m sure they could target every Western capital including Australia.

Then again as I said… I grew up watching movies about this… maybe they were just over hyped.

maybe they were just over hyped.

I don’t think they were. there’s a book called The Nuclear War File by Christopher Chant and Ian Hogg. My copy is from 1983. I don’t think its been updated, but even so its probably worth a read - its terrifying. In spite of all the moves toward de-escalation, nothing really changed. Does it matter if we can only kill the planet 10 times over, instead of 100 times? Nah.

WW3 would depend on whether China decides to make a move if nothing appears to happen to Russia.

Similar to how Japan made a move for Asia after Germany’s expansion in Europe. That led to the involvement of the rest of the world.