My nanna used to make an egg-white based dessert which was known in our house at least as “Pink & White”. 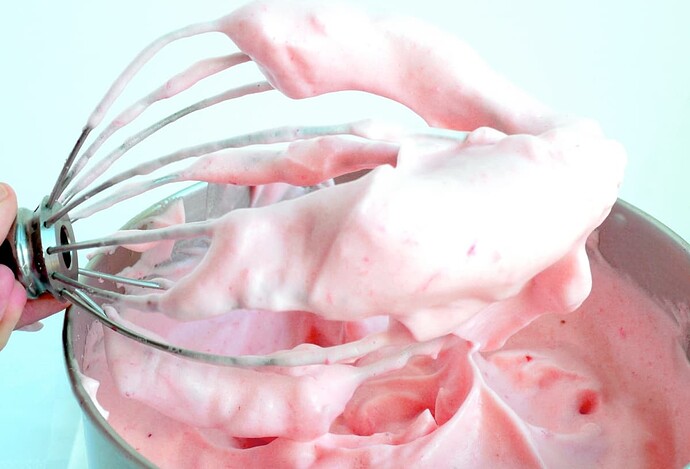 Basically, from memory, the ingredients were egg whites, sugar, and gelatin. After beating the whites to peaks and adding sugar, then the gelatin, you would split the receipt in half, add some food colour to one half, then spoon the 2 colours into a bowl and add a layer of desiccated coconut, then put it in the fridge overnight.

I guess you’d say it had a “mousse” consistency.

The picture above is of something that’s similar, but no gelatin and add cut up strawberries - and it goes in the freezer, so I’m thinking it would be a lot thicker in texture.

So - was this a recipe anyone else had as a kid? What did you call it?

I know some people have an issue with raw egg… but I liked it.

My mum used to make ‘Coconut Ice’ for our church fete - unsure though if its the same thing, just sounded kind of similar

I found that when looking online, but it’s more a mousse than a slice, and definitely is egg-white based.

I can only guess my nanna did not invent it…! Though maybe it was a regional recipe… ie the Wimmera region of VIC…