Bless my coworker, we had three Mac Pros that had to be disposed of while I was at a wedding in England, but we often are allowed to pull out anything that can be easily removed during disposal. While the Pros themselves were still functional, asset tracking means, sadly, there’s no saving entire machines (mostly because the cases still have to be disposed of to prove disposal) my coworker at least knew enough to grab the graphics cards before they went out the door. One Radeon 4870 and two Radeon 5770s. I probably would have grabbed a lot more (like the processor/ram trays) if I could have gotten away with it, but I’m grateful just the same that at least these were spared. 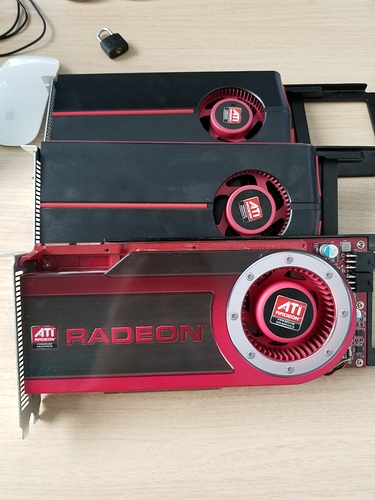