Looks like Apple Glasses are real, and will land in June 2021 or so, only a year away.

There have been some recent leaks.

If the leaks and rumours are true, they look great, and I will be getting a pair. They will most likely replace my Apple Watch to be honest since there is no need for having both, which would be nice, since I can move back to wearing my vintage mechanical watches again. 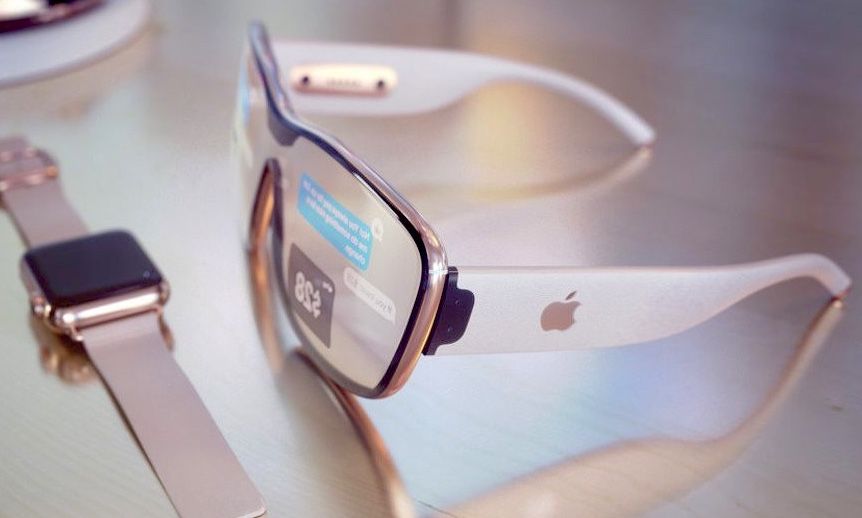 Apple Glass could redefine wearable computing. Here's everything we know so far. Apple's next big product looks to be a VR/AR headset, and then smart glasses. Then what? Here's what to expect, and our guesses as to what else might happen.

Interesting, but not for me.

As someone who wears glasses normally I’m interested to see what they would be useful for. They’d also need a wide range of styles so everyone doesn’t look the same wearing them.

% pumped for this. The potential is huge.

Pass. I’m with @kyte. Interesting, but not for me. If I don’t want an Apple Watch, I sure as hell do not want Apple Glasses.

Can’t wait to go on a date wearing my new Apple Glasses! 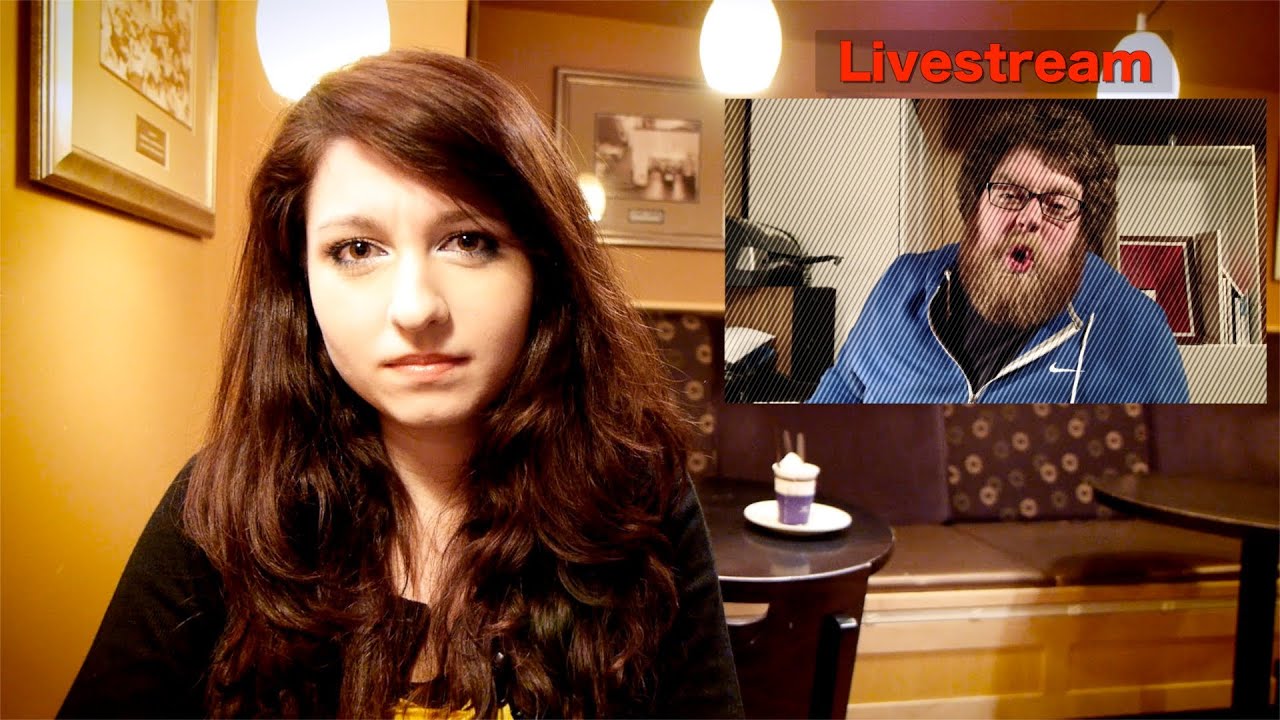 10 Years - I bet most people are walking around with these things!

Not sure about that Ben. I can imagine some possible use cases such as:

I suspect that I would only wear them when I know that I am going to need them. More often than not, I will be on the task before I realise that I should have worn them.

The nearest current product is the Apple Watch. I only wear that on days that I know I need it. However, it is easier to then make a case for wearing it all day till I get home. Given I don’t normally wear glasses when I am out and about, I am less likely to want to wear the glasses all day.

If they rely on Siri, they will be in trouble from the start. My general experience with Siri has not been encouraging. It is a real limitation for the HomePod. (The HomePod would be much better with Google Assistant, But I cannot see that happening.)

I suspect that I may want to buy the Apple glasses to see what they do, but I doubt I would use them after that. I only had my first release Apple Watch for about a week before I returned it. It could be the same with the glasses. (My series 4 watch is a much better product)

I hope I am wrong and that they are a great success, as I love new smart devices, and especially new Apple smart devices.

The same could be said of the Apple Watch when it first launched, however, I agree with you that newer series are a much more well rounded product - I went from a series 2 to a series 5 and the change was definitely apparent, not in your face, but enough that you could tell it was more refined.

I beg to differ, figures show that smartwatches - especially Apple Watches - have a mass market appeal to more than just those that would have once bought a nice Swiss watch.

Numbers from February this year, show that Swiss watch sales declined year-on-year by 13%, whilst the Apple Watch alone recorded a 36% increase in sales over the same period.

However, that point aside - I agree it will be interesting to see how the first revision of the Apple Glasses go, I’ll be watching with interest as Apple has a history of carving out a market for its products…

I had teh Zerios 0, 3 and now 5 of the AppleWatch. Yes, Series 0 sucked compared to even Series 1/2, but it was still a bit of a magical product. Battery did last a day and notifications worked well which is most of what I still use it for today.

I see the glasses being a very interesting option. Much like the first watch it will need a phone nearby to work, which is fine the vast majorty of the time. AirPods for audio makes sense (although another cost if you don’t already have them) and something else to keep charged.

Unless I were to also get an extra pair (or two) of glasses from Specsavers I would have zero choice but to wear them all day, charged or not, socially acceptable or not. I would hope they were more discretely badged.

Still, I’d be very interested in what a pair could provide and would consider a set.

Agreed. My last set of frames cost almost that before adding in my prescription lenses. Even though I’ve just moved to contacts, I’m really interested in where Apple can drive this product - although, I’ll probably wait until the product matures first before diving in (I say this now, but I’ll probably want to see what all the fuss is about

I’ve also seen that there are a couple of startups in the valley with working prototypes of AR contact lenses - I’d sell a kidney for that, maybe even a leg…

I’ve been thinking about this a little more.

Pop up notifications for incoming calls or messages are nice and all… but I can already glance at my watch in virtually every situation and unless you’re always wearing the AirPods you can’t do much anyway. I suppose you could yell at Siri, but then I don’t know anyone who would do that in an office scenario.

Now where it could be very useful is if it popped up metadata when taking a call, like late call date/time, contact details including birthday and spouse/family along with notes. I know people who worked in sales who had contact cards (in the olden days) with all these details written down which allowed them to seem far more friendly and knowledgeable when they asked how the spouse/wedding/child/grandchild etc etc was going during a call. Maybe a little creepy, but definitely useful when someone is in your contacts.
(For me facial recognition to provide names would be a huge help as I’m useless with names… but that’s starting to get a little next level creepy and starts to look like that video linked above

Directions could be very useful if they could be subtly overlayed in your field of vision… but is that a good or bad thing while driving? But then how much is too much ?? if anything?? You don’t really want to be asking Siri what time the local officeworks is open until only for it to pop up their details, directions, travel times etc. Too distracting and people find it hard enough to drive as it is. Useful while walking I suppose.

I don’t know what other AR sorts of things I would be interested in… I can see a world where beacons in shops allow popup/targetted ads or specials to be displayed as you walked down a particular aisle in the shops, but then does anyone really want that? All the time?

If Apple does this right, like the original iPhone, they have the opportunity to open up new use cases that users have not even considered. We can try to imagine ways we might use it, but I suspect we may be surprised by a completely new form factor.

If Apple does this right […] they have the opportunity to open up new use cases that users have not even considered.

And that is exactly what they’ll be aiming for. Part of the Apple philosophy is to only enter markets they can disrupt. Another is to (try to) enter those markets at exactly the right time, when all the elements converge to allow the disruption. I wonder if this is the time for glasses?

I wear glasses for anything close up but I’m not sure how I would feel about AR. Not being in a capital city, let alone the US, will mean that they will be far less useful for me than many others I suspect. A bit like Apple Maps, which I’m sure is tré cool if you live in San Jose or San Fran, but not so good in small town Victoria.

Yeah, I have enough Apple devices (including watch) that provide me with instant info, don’t need another source.

Suspect the glasses would replace your iPhone or Apple Watch.

I reckon they’ll be much more than that, Apple Glasses open technology to a whole lot more metrics than what it can gather from your wrist, pocket, etc…