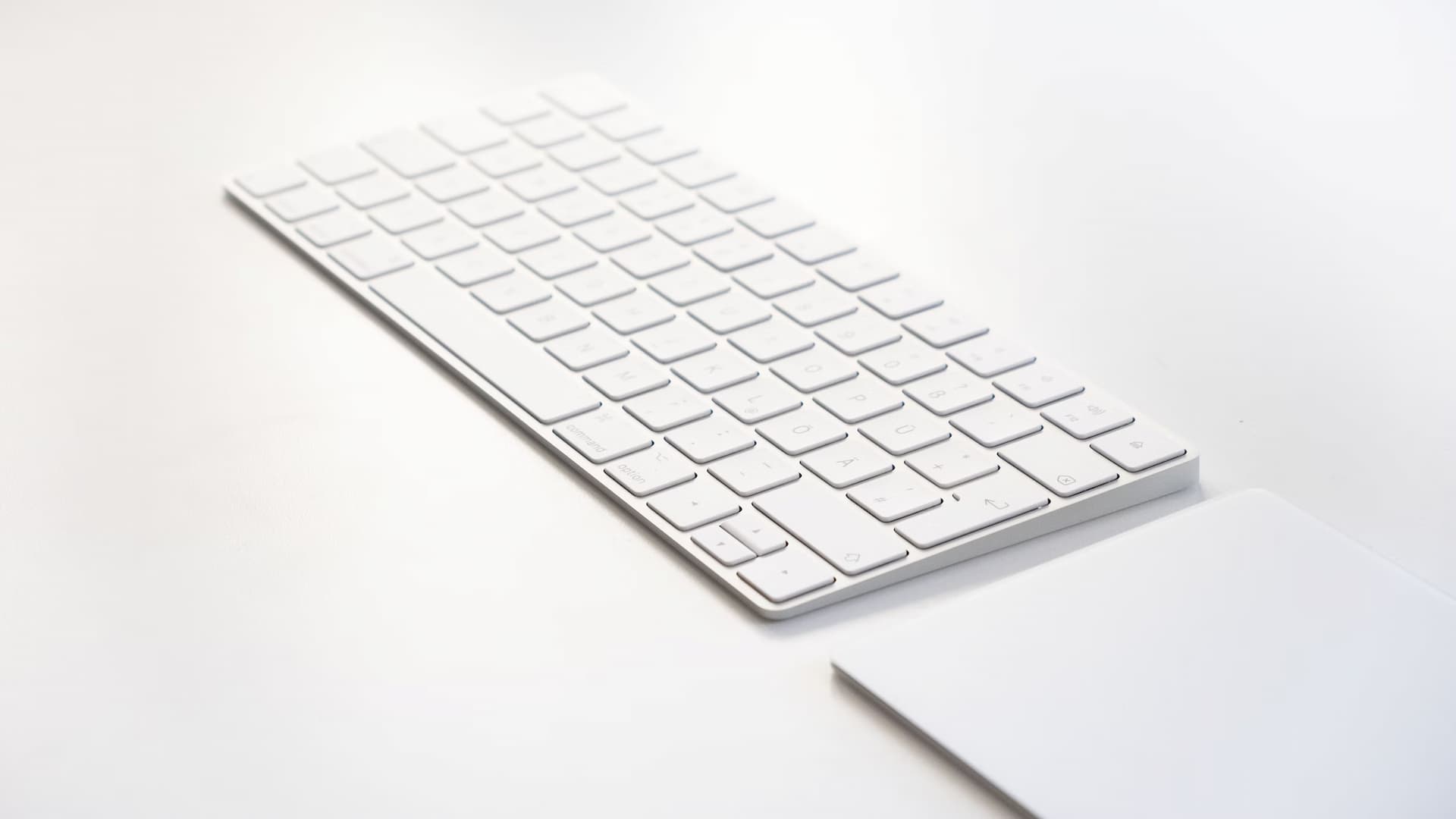 Apple patents Magic Keyboard with integrated Mac inside to bring macOS to any...

Apple is working on an all-new computer concept – a Magic Keyboard designed with a full computer inside that can plug in to any display.

It is essentially a portable desktop computer in a magic keyboard format. Similar to the Mac mini, users bring their own display to the setup. This would be a standalone device that wouldn’t even require any cords or cables.

Yes, it’s an interesting concept! Apparently there’s already some similar things on the market, but I could see Apple replacing the Mac Mini with this idea.

There’s a version of the Raspberry Pi that works like that.

Not to mention the Apple IIe. 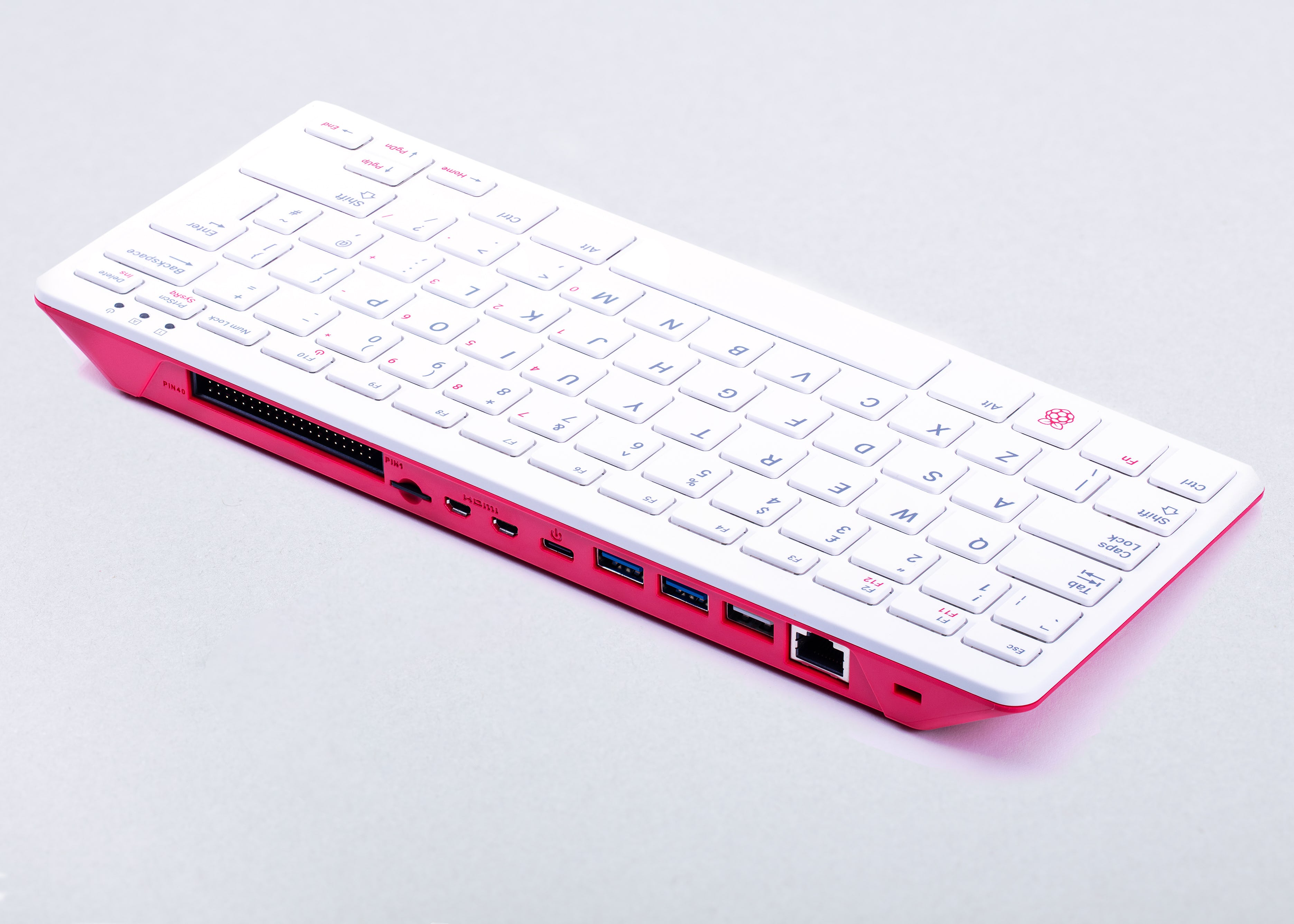 Raspberry Pi 400 is your complete personal computer, built into a compact keyboard. Featuring a quad-core 64-bit processor, 4GB of RAM, wireless networking, dual-display output, and 4K video playback, as well as a 40-pin GPIO header, it's the most...

It’s not a new concept but earlier versions have tended to be thick and clunky or low power (like the pi) due to heat issues. The new M1 laptop hardware however would allow a slim light keyboard with good power… interesting.

The computer part of an M1 Macbook is mostly battery so I wouldn’t have thought this was a huge engineering challenge, but then you have to ask why?

A Mac Mini is $1,099 a MacBook Air $1,499, where would this even sit in the product range and what would you want to use it for? How would you power it? In what use case is this better than a Mac Mini or a MacBook Air?

If it was $500-$700 and kept the M1 (as we transition to M2) as a companion device for your iPad (which it could use as a screen with some sort of side car implementation I suppose)… maybe?

Really though, just release MacOS as an iOS App, even if it’s limited only to the iPad Pro’s (which would be an excellent differentiator if you ask me), and let people run full on MacOS on their remarkably similar M1 iPads. Then sell a dock (something like the whole Samsung Dex thing) or better yet a 27"/32" Apple Thunderbolt Display they so clearly need to ‘re-imagine’ and ‘innovate’.

I’d say I was totally cutting the lunch of the MacBook Air, but a 256GB 12.9" iPad Pro is more expensive before you buy the needed keyboard case to get the laptop-like experience… It would also be a gateway product to get more people onto MacOS as well as a taste for more powerful and dedicated machines.

… but this?? It’s only a patent and I suppose it’s a (somewhat) logical extension of where they are today and may or may not ever result in a product.

In what use case is this better than a Mac Mini or a MacBook Air?

Many people use Mac Minis as media systems, often with a bluetooth keyboard to control them this would allow people to ditch the Mac Mini and just have an all in one keyboard controller (with media streamed from the cloud).

Many people use Mac Minis as media systems, often with a bluetooth keyboard to control them this would allow people to ditch the Mac Mini and just have an all in one keyboard controller (with media streamed from the cloud).

Not really. This device would still have to be tethered to power and display so you’d still need a Bluetooth keyboard so you could control it from the lounge. Even if you could run the display wirelessly, you’d still have a power cable for your computer keyboard.

I was going to say it’s good for a minimalist machine… but we have that in the iMac with a Bluetooth keyboard, otherwise, you have all these cables plugged into your keyboard.

It just doesn’t make sense as a product over the Mac Mini (for plugging into TVs or existing screens) or MacBook Air (for portability) or even the iMac (for minimalistic design).

On using a Mac Mini as at HTPC. I did that for a long time but switched to an ATV 4 (and now a 4K) since it now does Plex, has a remote and just works without any maintenance, unlike the Mini which did require some level of maintenance and sometimes just needed a little coaxing to get it working which isn’t fun when you just want to watch a show. The ATV by contrast just works 99.9% of the time and a power cycle fixes everything else.
… although still requires another machine to act as a server and call me crazy, I don’t want my server to be tied to a permanent and unprotected dust magnetic that is a keyboard.

Unless it was really cheap, it’s a compromise. Consider this, if it was priced exactly the same as the Mac Mini would you choose this over the Mac Mini even if it had an integrated keyboard and trackpad?

Consider this, if it was priced exactly the same as the Mac Mini would you choose this over the Mac Mini even if it had an integrated keyboard and trackpad?

Honestly? Yes… I’m not sure I can justify it in any other terms than I’ve waited 50 years for a workable keyboard computer like I used to see on Science Fiction shows. The whole concept is just 1970s retro cool.

I’ve waited 50 years for a workable keyboard computer like I used to see on Science Fiction shows.

That is the perfect answer!

I’ve waited 50 years for a workable keyboard computer like I used to see on Science Fiction shows. The whole concept is just 1970s retro cool.

You mean the ZX Spectrum? 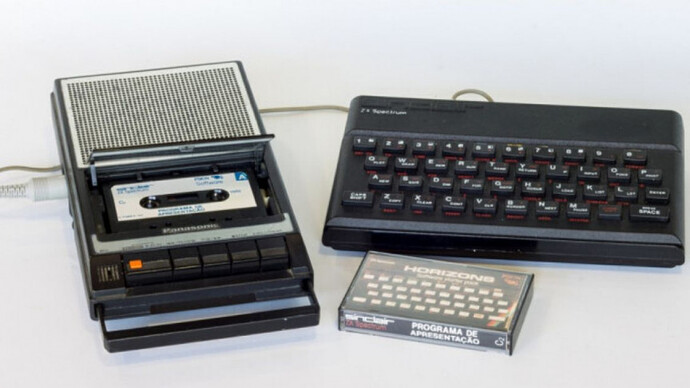 Would the Apple I count? 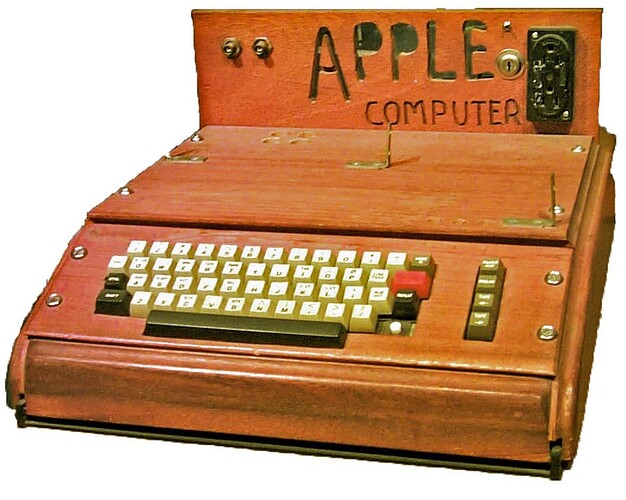 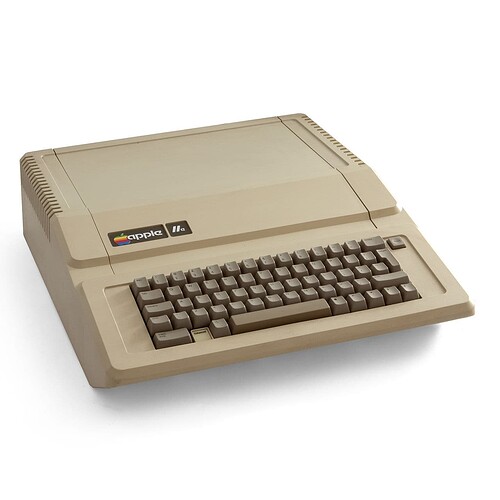 Although those are very “thick”, heavy keyboards!

The ZX Spectrum and the other models was just about the definitive keyboard computer, there were others (the C64, Vic 20, various Ataris) but they were all pretty bulky.

But then IBM came along with boring beige boxes and Apple made a slightly less boring box and that was pretty much the end of mainstream keyboard computers (which makes me sad).