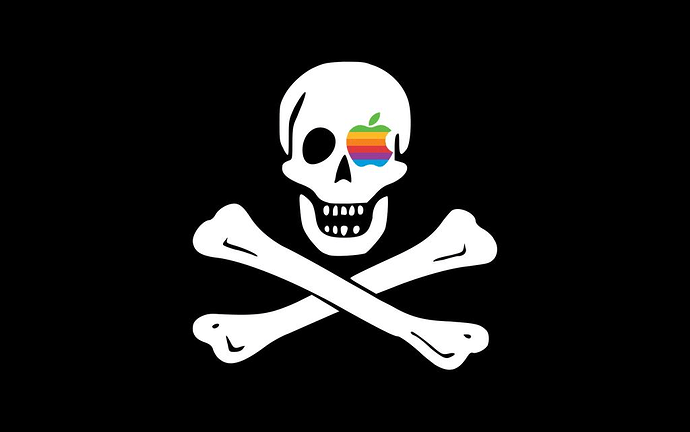 “Why join the Navy, when you can be a pirate?” - Steve Jobs

Preparing for the future ahead means I’m finally putting together another Hackintosh system. Standard disclaimers about Hackintoshes here, but I ultimately believe with as much money as I’ve spent on genuine Apple hardware over the years, one-off Hackintosh experiments are perfectly ethical.

I built my first Hackintosh out of old Shuttle PC over 10 years ago. When it died, I bought a MacBook White (the one covered at length elsewhere) to replace it and my Mac mini G4. I’ve only had genuine Macs since, most of them purchased new. Plus plenty of Apple peripherals. When I first switched to macOS on the Shuttle PC I did it because of the stability of the operating system. After installing a few kexts (including one I wrote myself, somehow), it ran much better than it did on Windows (which is what I had hoped). I made the switch to the more stable operating system–and buying MacBooks and Mac minis afterwards still had enough user repair and upgrade possibilities to make me happy.

We’ve sort of come full circle. Now, it’s back to doing a modern Hackintosh experiment because while the operating system is still a wonder to behold, unless one can afford the new Mac Pro, there is almost no ability to repair or upgrade your own system. I cannot afford the new Mac Pro, and it just doesn’t feel like replacing my venerable Mac Pro 3,1 with a 4,1 or 5,1 is really cost effective given what parts we have available.

Further, I’ve seen just how stupidly easy, easier than some Intel models, to get macOS Catalina up and running on AMD Ryzen. So I’ll go ahead and run down the parts (with AU$ at current exchange rates) I have and the prices I paid, and I’ll update this post with the installation process. Right now the system is put together, but it’s running Linux Mint.

I did some serious shopping around the electronics market here in Tokyo and was able to get these:

This projected started with these items (since I had some scavenged parts for those up above I am now replacing):

Some not great pictures, though it may not look terribly different from when it was running on the scavenged parts, even though it’s a significant difference in component quality, age, and power.

EDIT: First surprise of the project, although I know from research that being a non-metal card, my HD 5770s are incompatible with anything past High Sierra, I NEVER expected these Mac EFI cards to work flawlessly with PC components, but… Woah. Works perfectly under Linux, and booted into Windows, too, but I didn’t do anything with it in Windows. 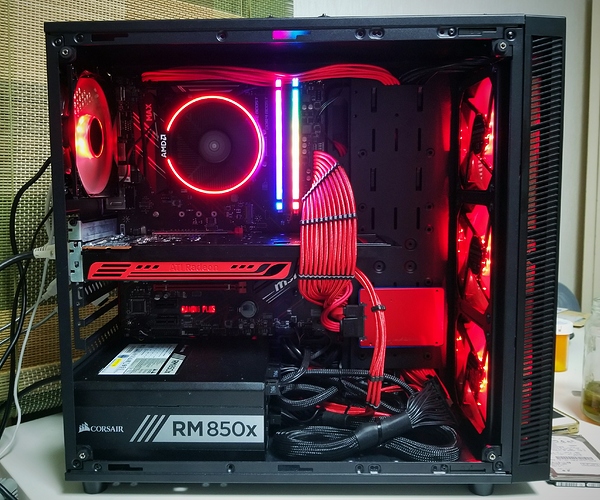 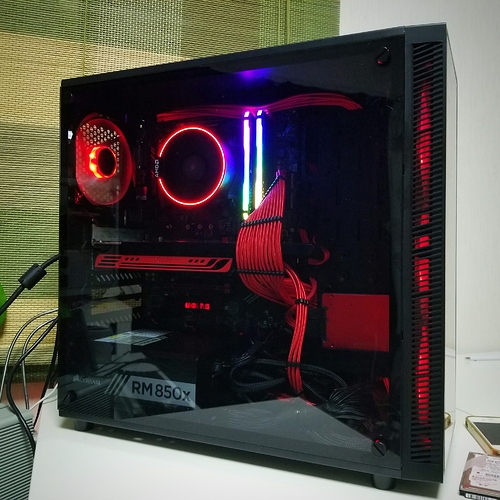 Cool.
I have a similar build but with a Vega 64. It has only run Windows 10 to date but as a project I am about to get my son to build a Linux boot drive.
What steps did you actually do to boot into macOS?

I haven’t done it yet, because I needed a Catalina compatible graphics card. I was looking at an RX580 or the 5700XT, but now that the GTX 680 is working in the Mac Pro 3,1, and the GTX 770 is compatible with Catalina, I am going to go ahead and do the install. I will let you know as soon as I am finished, but the tutorial is… Very short. It appears similar in process to the Mojave/Catalina on Unsupported Macs process. Everything is automated with scripts these days. Different from 11 years ago, when I had write my own kexts and do a lot of command line stuff…

I’m actually about to decommission my last 2 remaining hack servers over the Christmas break. I’m moving them to Mac minis + external TB3 arrays (the OWC ones with an NVMe slot in them + 6 SATA).

I gave up on hacks as my workstation when iMessage came to the Mac properly. I never got it to be reliable. This was around the same time I got my first Mac Pro 1,1 second hand.

I remember playing with Hackintoshes years ago. My best trick was to just do the install on a drive on a Mac (i.e. put the Hack’s boot drive into a USB caddy and do an install onto it on a MacBook Pro, then run the patcher tool on the MacBook Pro over the external drive). That way I could just try different boot settings using Multibeast with little effort, as I’d image the clean install before starting so I could just roll back and try different settings.

Some other favourite tips for Hacks are: