The Mac Studio, the new Mac faster than the a Mac Pro

The Mac Studio – the first new Mac model to be revealed in years – includes both Apple’s M1 Max chip as well as a new and more powerful chip, the M1 Ultra. The Mac Studio was touted by the firm as being faster than the Mac Pro, and promises to work quietly regardless of your workload.

It comes with four Thunderbolt 4 ports, a 10Gb Ethernet port, two USB-A ports, an HDMI, and an audio jack and supports Wi-Fi 6 and Bluetooth 5.0.

The Mac Studio with M1 Max will be up to 50 per cent faster than the Mac Pro, and the new computer is specifically targeting studio use for those who create things like music, design and videos. 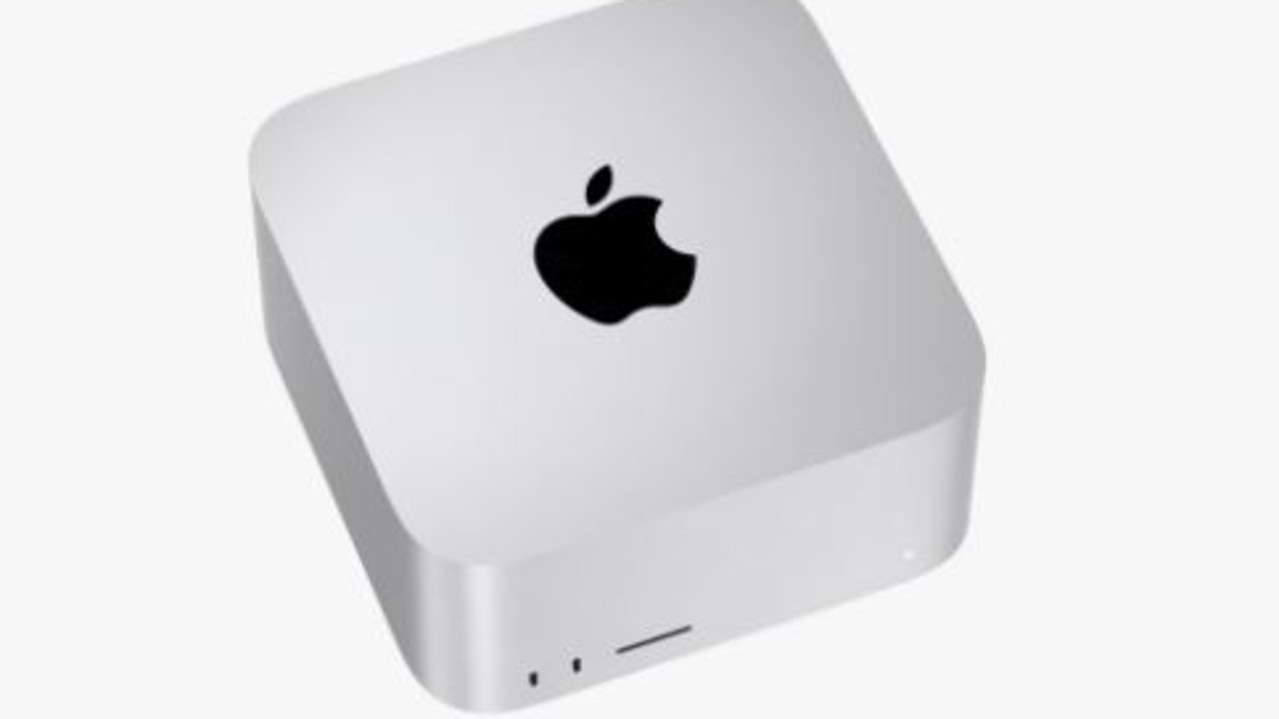 Apple has announced a “gamechanging” new product during the tech giant’s first major event of 2022.

Thanks for creating a topic, but if you’re gonna do it I’d rather you link to Apple’s own webpage than that garbage.

Honestly, it takes two seconds to confirm that the M1 Ultra price is $6,100 locally, not a currency-converted amount.

Thanks for creating a topic, but if you’re gonna do it I’d rather you link to Apple’s own webpage than that garbage.

Thanks for the feedback. I’ll keep that in mind the next time I contribute to generate discussion for free on this website and remember I have to spend more time doing research and ensure I link to Apple original sources instead of secondary media sources.

Good luck with this site and community.

The Mac Studio looks sweet! I went to order one thinking I could trade in my M1 Mac mini towards it but alas they just tell me to recycle it, so no new Mac for me

The price point is good for a machine with that much power, and quite a few customisation options to suit different needs and budgets. These Apple chips are amazing and they’re only just getting started.

The display also looks nice but still way too much for a monitor for me. I wish I had the money where I didn’t have to even think about it. The adjustable stand should be the default stand - I always found the iMac too low and not good for neck strain.

The teaser about the Mac Pro is exciting. Can’t wait to see what they do there!

Do people no longer respect themselves enough to read the source material? Isn’t that how misinformation spreads?

Why would you bother with a source that doesn’t seem to respect your time or energy by doing a lazy-ass currency conversion instead of looking to see what the actual pricing was?

No one’s asking you to link to anything. I could have a bot copy and paste MacRumors headlines or whatever, if that’s what people want. But I’m asking that if you’re gonna do it, you’d at least link to a reputable source, which in this specific case, is one that can actually be bothered to look up local pricing.

Erwin was probably just so exited he had to get the news out there Benny.
Relax !

Maybe “Lunchbox Mac” will be a better nickname - since the obvious choice, “Big Mac” is already taken by a health food company.

Mac Studio sounds just a bit elitist to me.

@Erwin has contributed greatly to this place for years, being helpful, and engaging in discussion to try and nurture a community. The first reply to his post that contained factual information apart from US pricing is you making him feel like crap, and instead of letting that be it you double down with a retort instead of letting it go? And the takeaway seems to be you’d rather nothing was posted at all! As @Erwin said - good luck with this site and community.

LOL, lmao, News using a US currency conversion instead of looking up the actual Australian pricing.

I think what’s been lost here is just how big the news is that Apple are finally building the mid-tower Mac we’ve been asking for for 20 years!!! This is the updated trash can I’ve been asking for (i.e. workstation without display that isn’t silly money like a Mac Pro). If I still used a desktop I’d be all over this beautiful mid sized Mac!!

Thanks @erwin for creating the topic. I think you’re over-reacting @bennyling - and I think you could have been more gracious in your response to be perfectly honest.

User generated discussion is the only thing keeping this site alive and it’s poor form to be so rude in response to it imho.

It’s fascinating that Apple is backing away, at least in some way, from all-in-ones at a time when the useful lifespan of a monitor and a computer are more similar than ever before. I have never favoured AIOs because of that disparity - I keep monitors far longer than computers - but would consider a high end iMac now…that they no longer exist.

My initial response to the first photo I saw of the Studio was a bit like the new MBPs - cool, but WTF has happened to the industrial design department? I think I might be missing Jony Ive’s influence more than a lot of other people. And I didn’t love everything he did, by any means.

It comes with four Thunderbolt 4 ports, a 10Gb Ethernet port, two USB-A ports, an HDMI, and an audio jack and supports Wi-Fi 6 and Bluetooth 5.0.

I agree with the sentiments about that site, as well as currency conversions used in any article*. Not sure what “an HDMI” is. That site is notorious for spelling errors and inaccuracies. The Mac Studio actually comes with 4 TB4 ports and 2 USB-C ports, or 6 TB4 ports in the M1 Ultra config. Both models also include an SDXC slot.

*for example, that same site earlier this week reported about Alexander Zverev, “ On Tuesday, the ATP announced Zverev had been fined AU$34,000 and handed (him) a suspended eight-week ban from the tour.” Really, they fined him in Australian dollars?

I think the reaction to Erwin’s post was over the top and more than a bit snarky to be honest.

As to the Mac Studio and the new monitor they look great, pretty pricey though (and outside my budget now I’m retired).

I said a while ago that it seemed like Apple are making less and less computers that suit my needs and the deletion of the 27" iMac is another nail in the coffin.

Yes yes… there are rumors of a 32 inch iMac… but I expect that to be a replacement for the iMac Pro not the normal iMac which seems to have been left only with the 24 inch size.

I’d suggest the new display, plus Mac Mini - but the price point for that would be absurd.

Apple need a low-end basic monitor for their low end customers, but - well - I don’t think they see us any more.

I don’t think they see us any more.

Or they think all low end customers are laptop users which I have to admit is more and more the case, face it… us non-commercial, non-gaming desktop users are dinosaurs.

I agree that post #2 came across a tad harsh.

Re the Mac range, I purchased my one and only 27” iMac in 2009, my last ever desktop. If I was to ever buy a computer that wasn’t a laptop, I doubt I’d buy an all-in-one such as an iMac, I’d go for a Mac mini with my choice of screen.

Yes yes… there are rumors of a 32 inch iMac… but I expect that to be a replacement for the iMac Pro not the normal iMac which seems to have been left only with the 24 inch size.

I’m not even expecting this given what was said at the end of the keynote. That they only have one more mac to release to complete the transition, and its the mac pro.
And an iMac Pro would be no different than a Mac studio desktop and monitor squished together with the possible exception of a larger screen. So you would expect it to be even more expensive.

People are still buying the M1 Mac Minis second hand, could you sell it?

M1 Mini is still a great machine. I actually picked one up last week as a server for home (16GB/2TB). Great unit. Paired with a studio display it’s essentially the 27-inch version of the 24-inch iMac.