A family members LG TV recently stopped working. It was used pretty much every day for the last 8 years, probably for several hours. 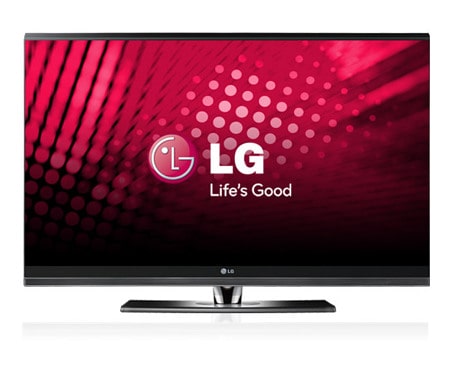 Get more information on the LG 37SL80YD. Click for pictures, reviews, and tech specs for the LG 37'' BORDERLESS™ Design Full HD LCD TV with Bluetooth

I have had a look at it, and it powers on with the control lights below the LCD lighting up. Though there is no display.

After about 30s I have a few lines/pixels vertically of colour (no sound) slowly moving from roughly the centre towards the right of the display, maybe 30cm in width.

Anyone who has tinkered with LCDs/TVs recently (I have not for a few years) have a thought on what it might be, and if it is repairable?

Would be handy to have around if I can get it working again (rather than another piece of e-waste).

Without having a service manual in my possession - if it were I, the first thing I would do is pull the board out and go over it with a magnifying glass or microscope camera checking for dry/dodgy solder joints and reflowing any that looked even remotely questionable.

I’d then reflow any BGA packages to resolve any underfill issues.

any recommendations for either of these? Thanks!

I’m not sure there’s much differentiation between magnifying glass models, to be honest.

You could do worse than one of these things for fine work, especially since you’re probably not wanting to spend too much on tools for this one job. LED Headband Magnifier | Jaycar Electronics

I finally found some time to disassemble to TV. I cleaned out the dust and inspected all of the capacitors on the power board and (two) inverter boards. I can’t see any blown/bulging ones.

Next step (including another look at the capacitors) is

If there are capacitors to replace, I can get this kit LCD Monitor Capacitor Repair Kit for LG 37SL80YD LCD TV with solder desolder OZ | eBay or just buy individual ones (can’t see the uF on most of them)?

For anyone interested. I replaced all capacitors supplied with the kit linked to above.

The TV is back up and running and all looks good. Saved a lot of plastic and e-waste from going to landfill.

Overall, $15 for capacitors (already had a mini soldering iron and associated gear) and a fair few hours tinkering kept this out of landfill.

[I did pick up a multimeter as well (though it only reads up to 100 micro Farads, whereas most of the capacitors were larger than this), which has already been handy for other things.]